Stephanie and Matt weren’t sure about doing an engagement session when they booked us for their Berkeley wedding later this year, but, when we told them that we’d be passing through their new home of Los Angeles, they decided to give it a whirl. What we didn’t expect was that we’d accidentally stumble upon a portkey in their neighborhood that would transport us to a rusty, dusty world at Galaxy’s Edge. 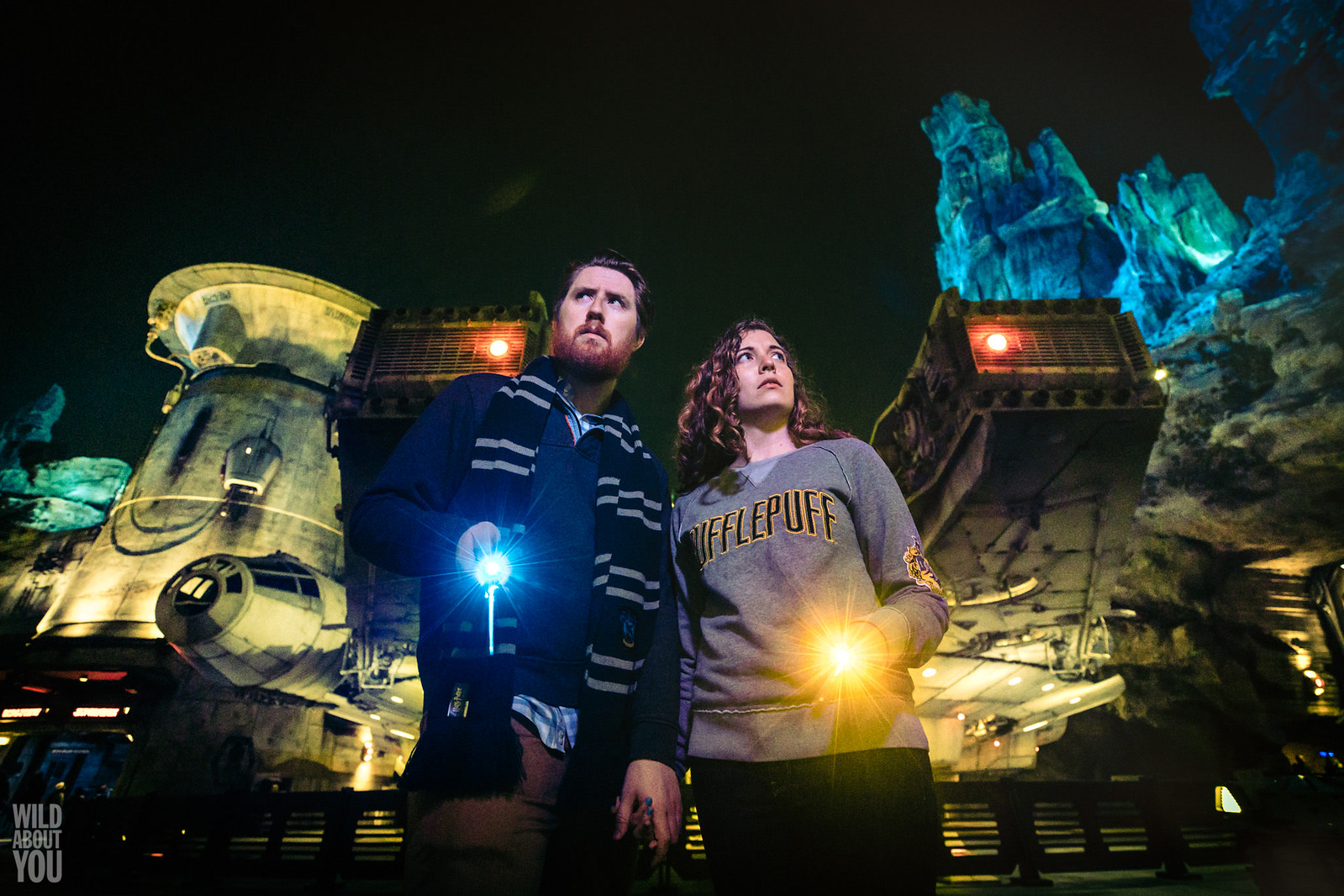 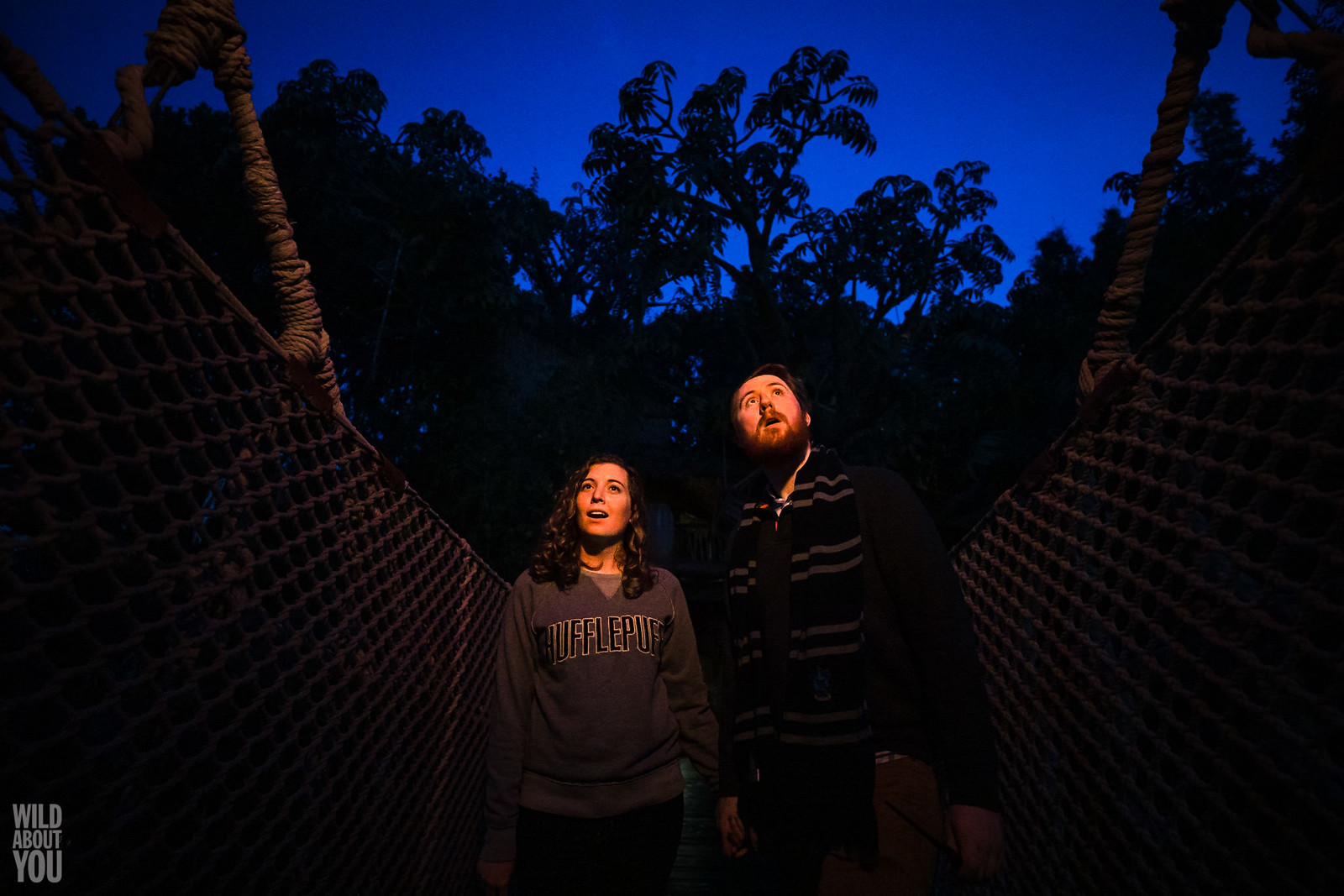 A pair of Hogwarts School of Witchcraft and Wizardry alumni, Stephanie (of House Hufflepuff) and Matt (Ravenclaw) were understandably apprehensive as we navigated the unfamiliar, seemingly post-apocalyptic terrain. A weathered passerby chugging a creamy blue liquid told us we were on planet Batuu in the Outer Rim Territories. When we responded with blank looks, she warned us about the First Order and their white-armored soldiers called Stormtroopers before running off with her upcycled robot friend. 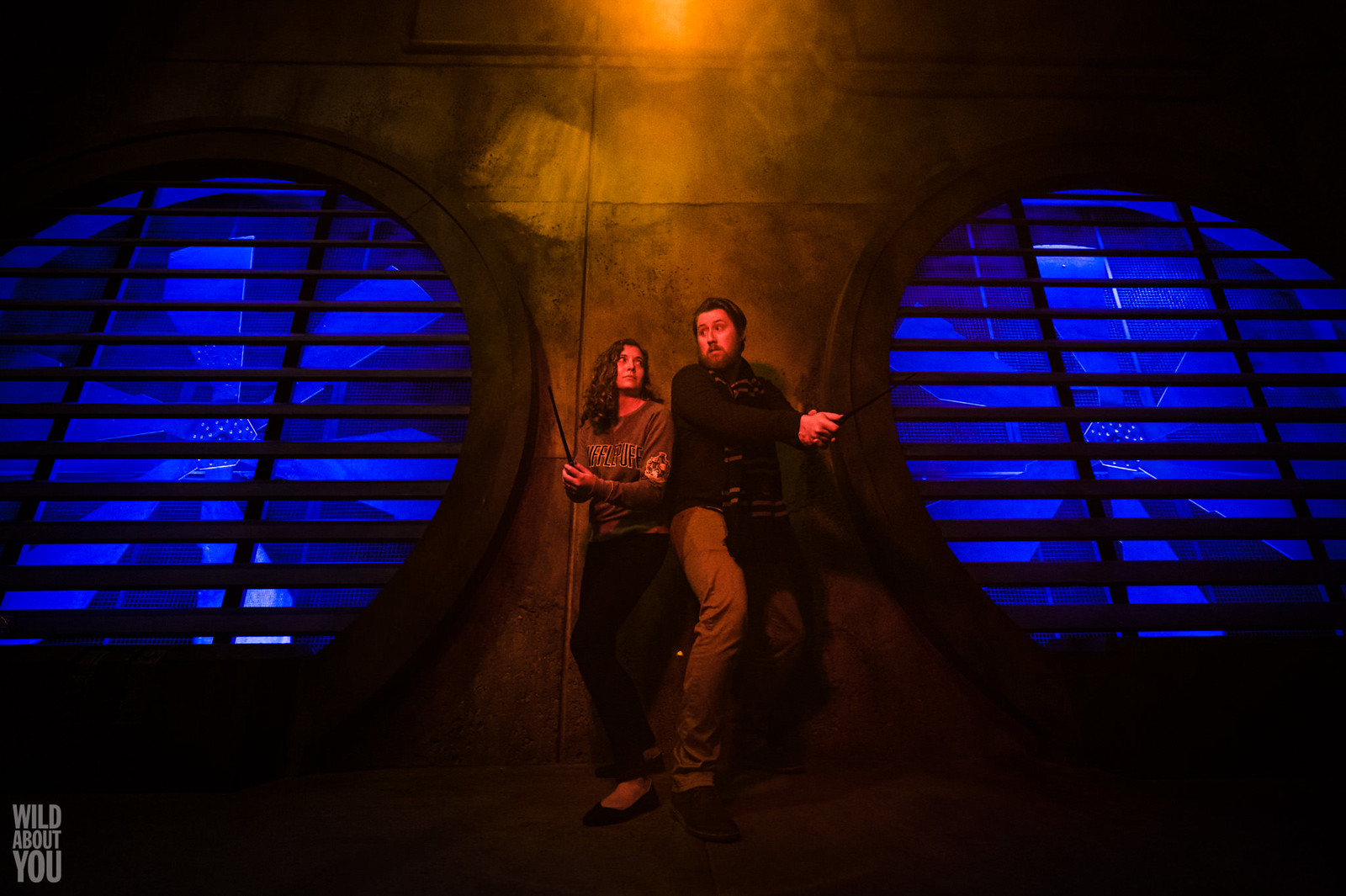 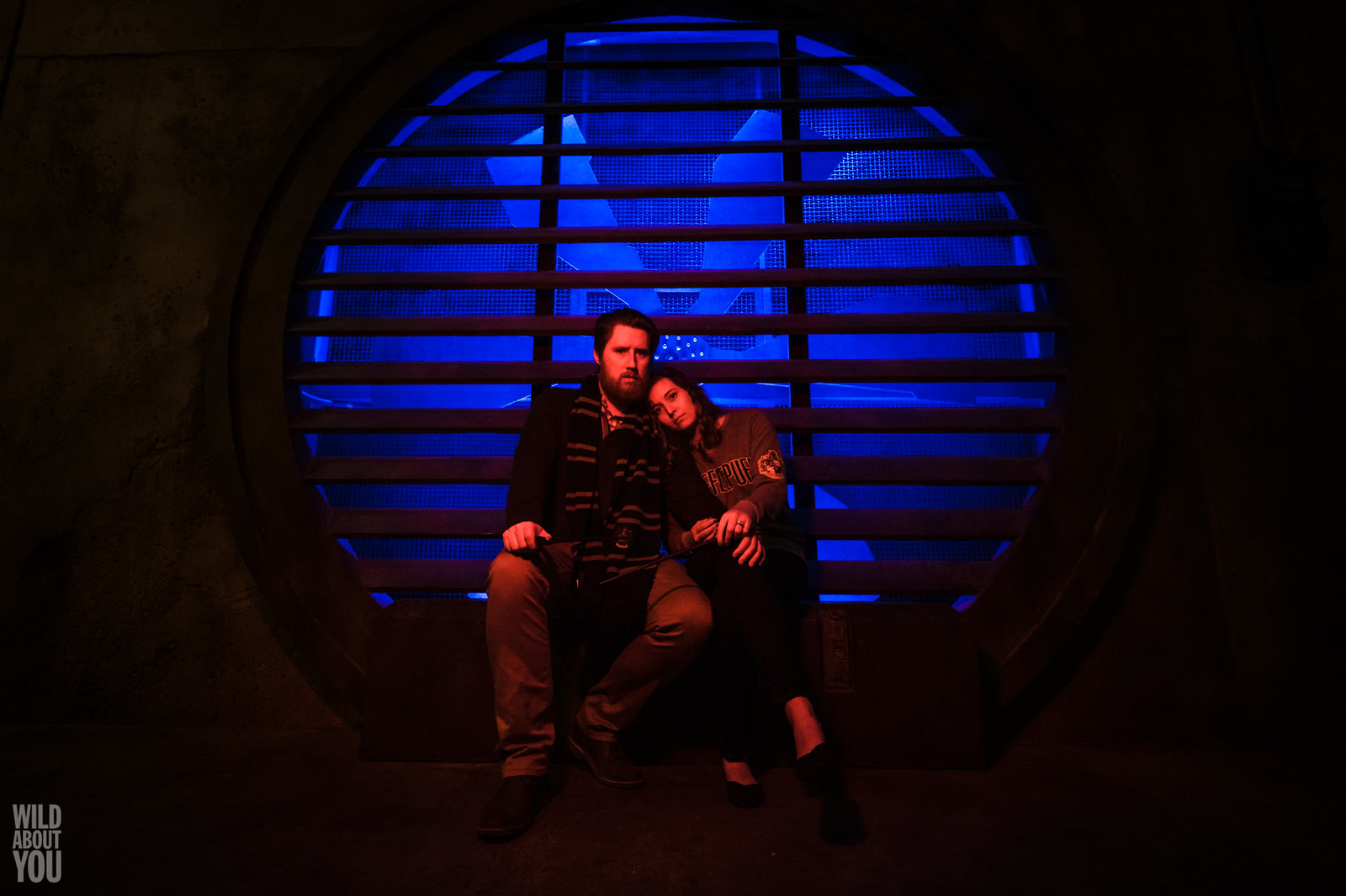 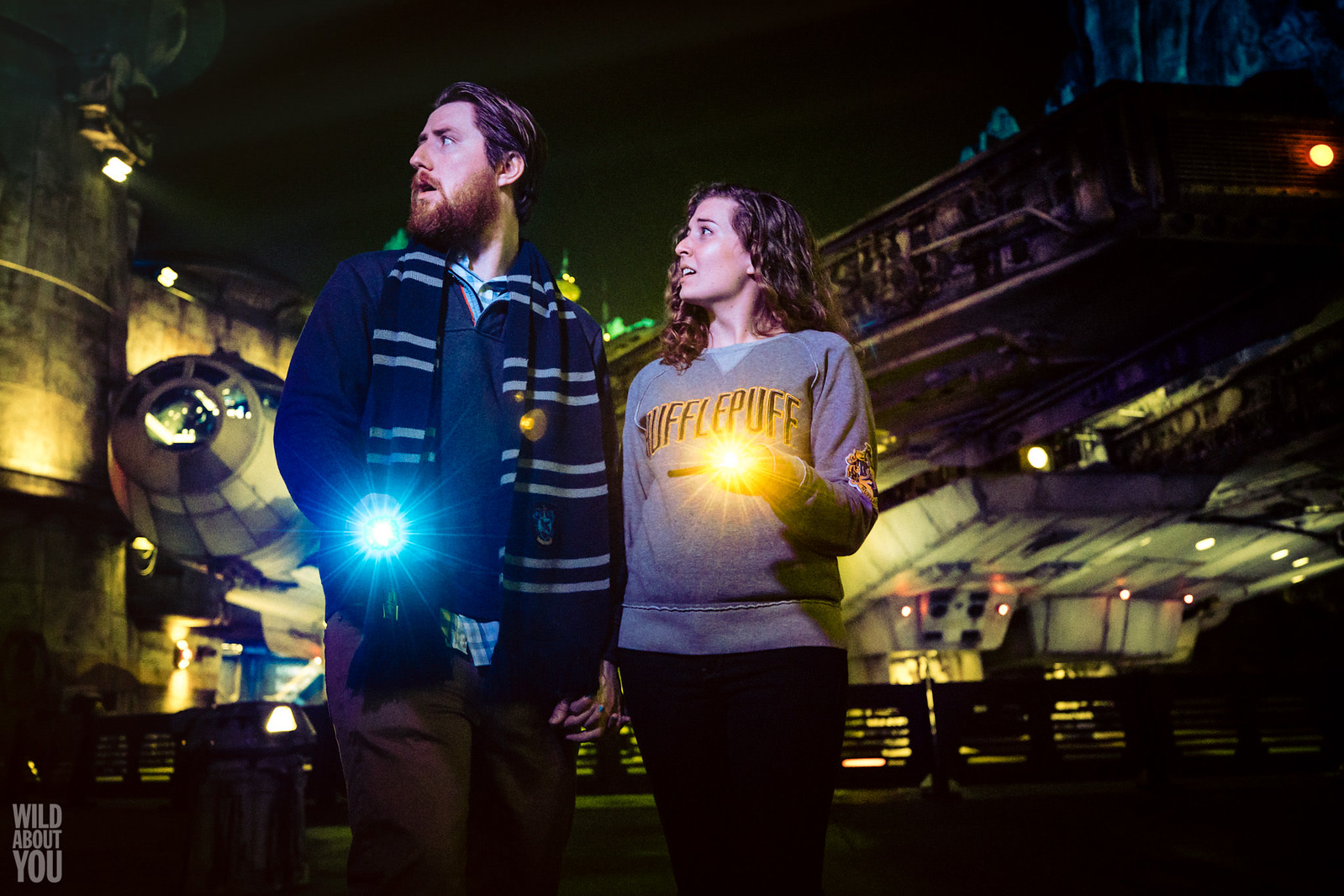 Our intrepid couple kept their wands handy, but would magic even work here? Luckily, we didn’t have to find out, even when two Stormtroopers questioned us—Matt quickly disarmed them with his searing wit. (Or at least we thought so! They were impossible to read.) 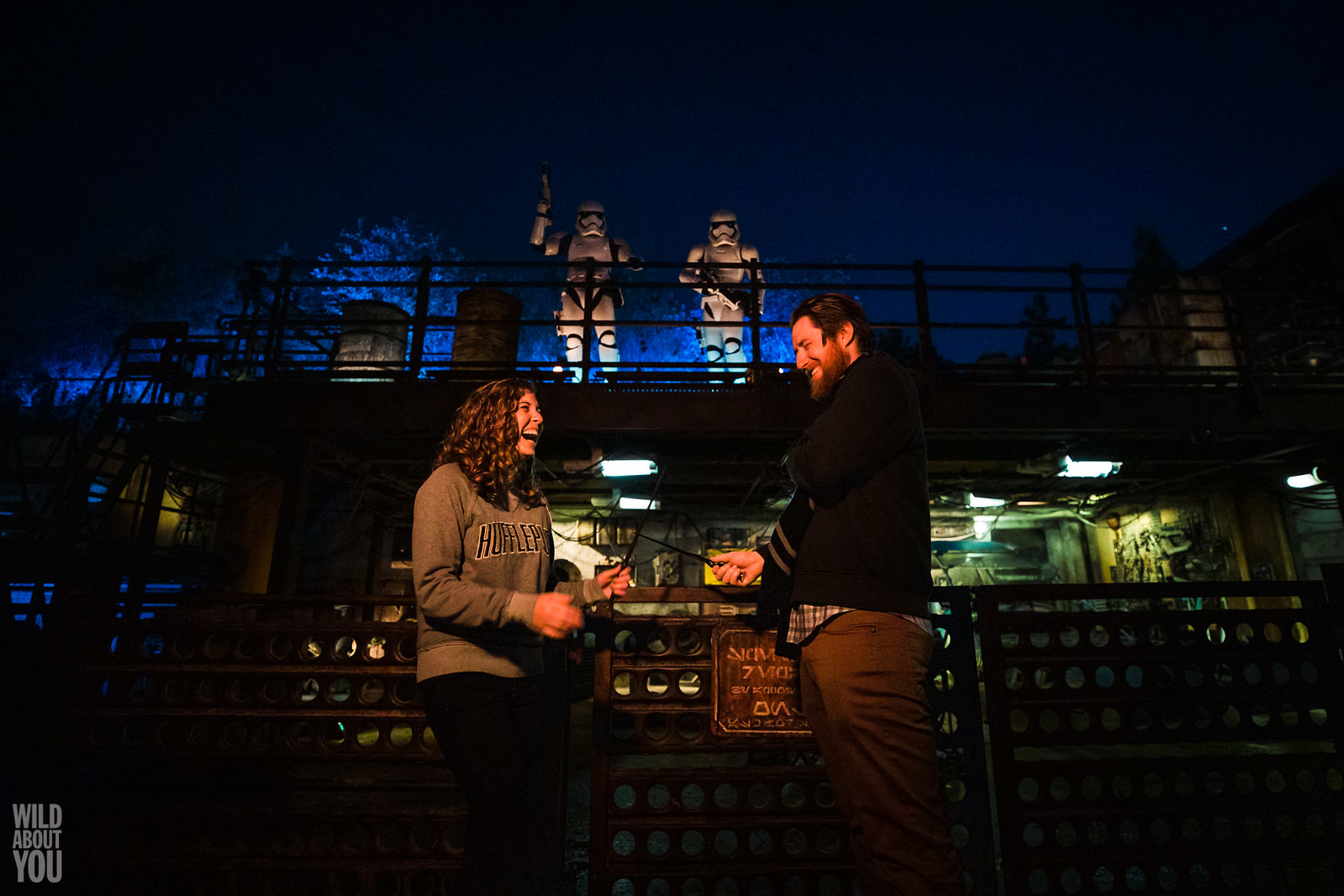 A friendly furry local who was caught in the hilarious crosshairs invited us to a watering hole called Oga’s Cantina. We continued cackling over several compelling concoctions until it became a little too lively for our liking. 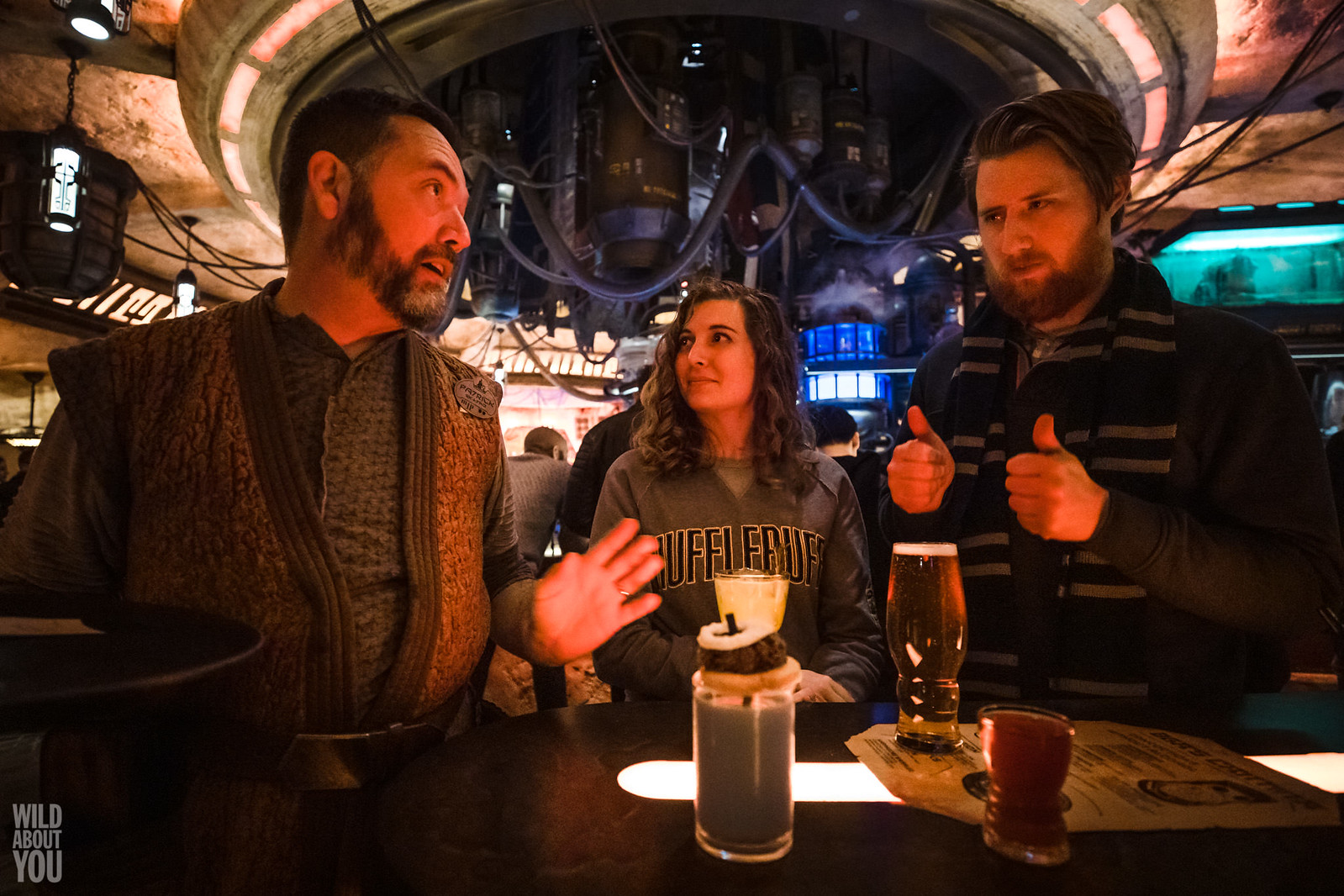 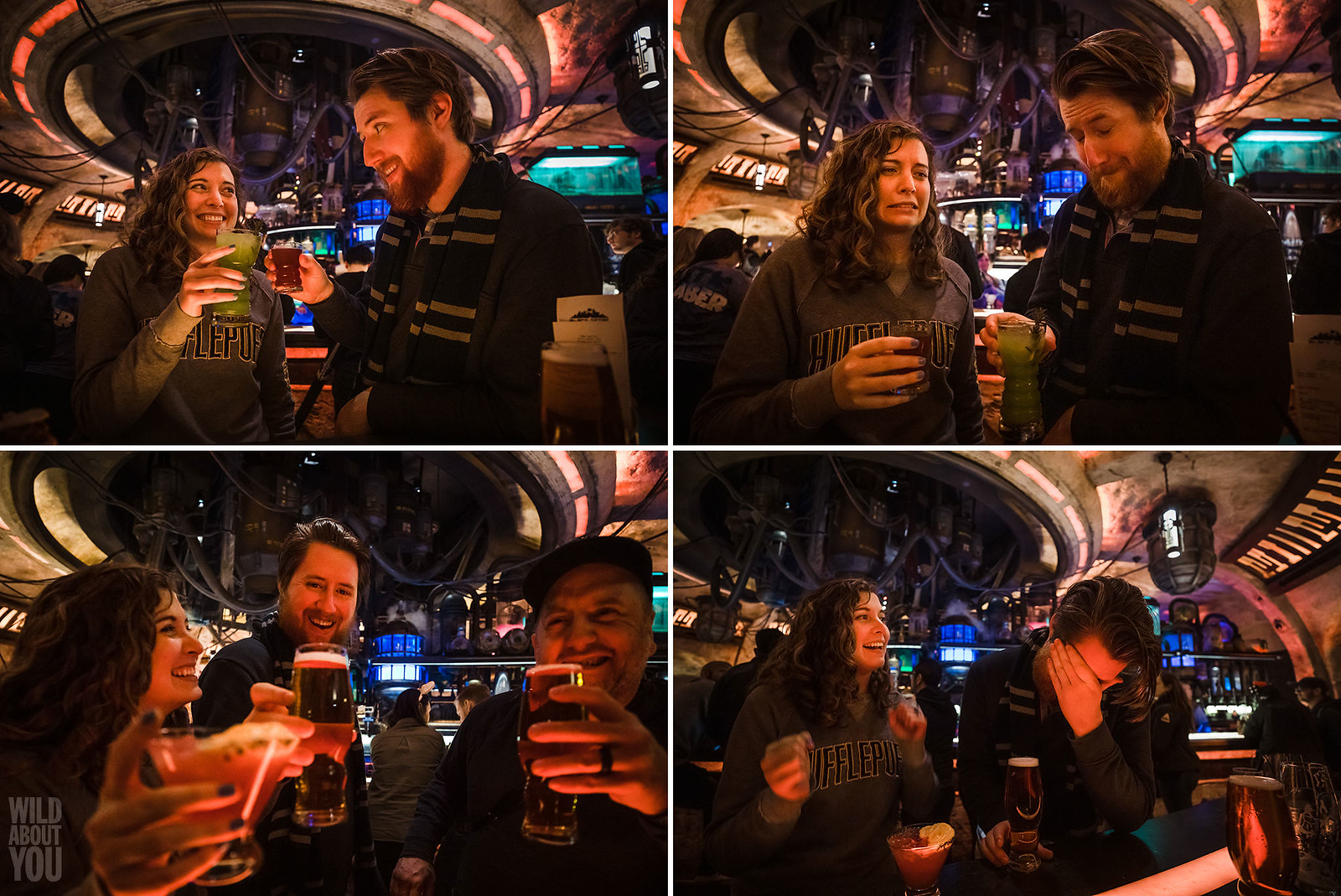 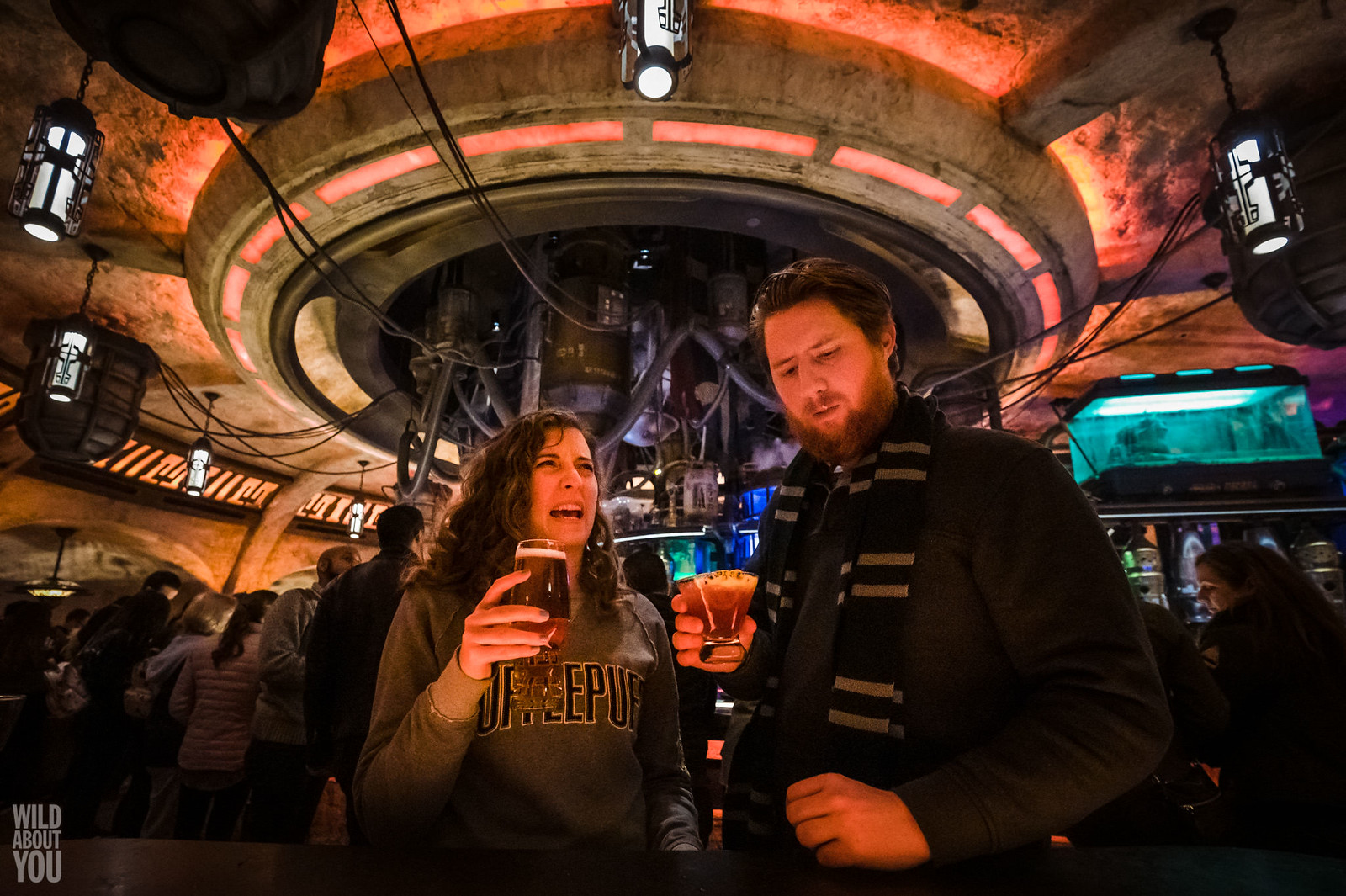 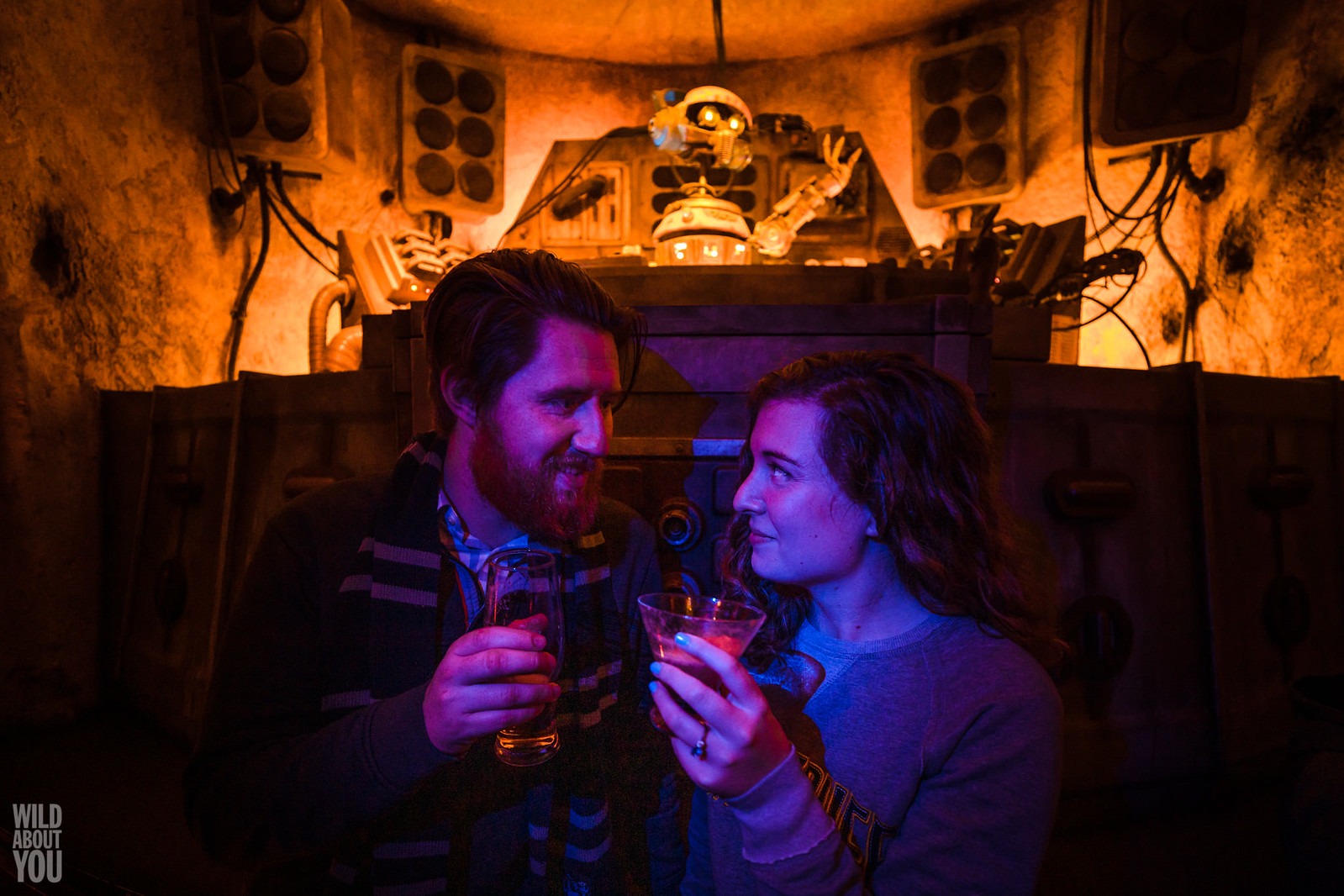 To escape the cacophony, we retreated to a nearby bar that was practically empty except for the multiheaded staff. It was outfitted with intriguing games such as invisible shuffleporg (our favorite, even though we couldn’t quite see the porgs!) and holochess, which Stephanie and Matt quickly got the hang of. There was also room for them to test their wands on each other, but not even elementary charms appeared to work. That’s when we started to really worry. How the heck were we going to get back home??? 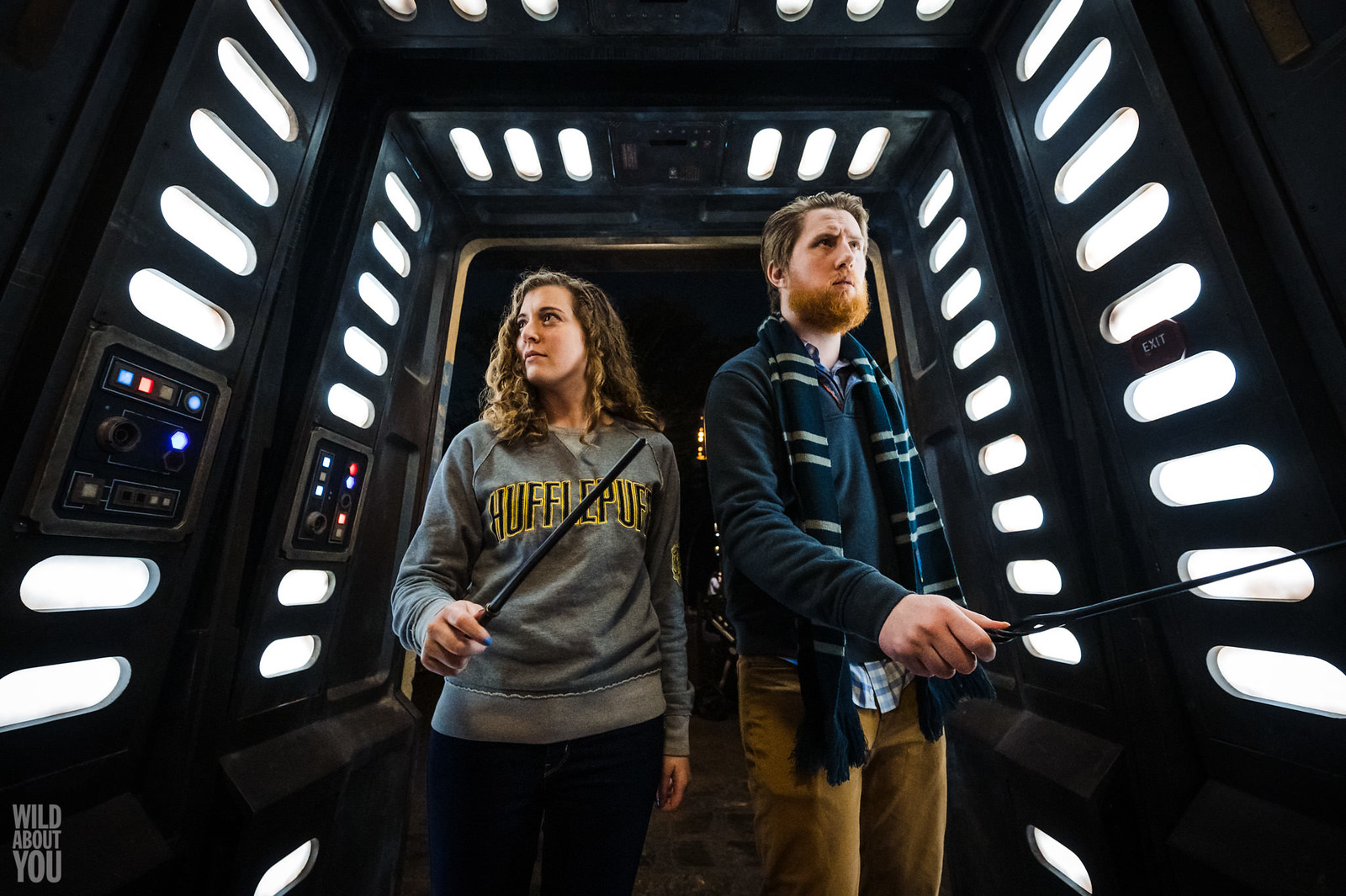 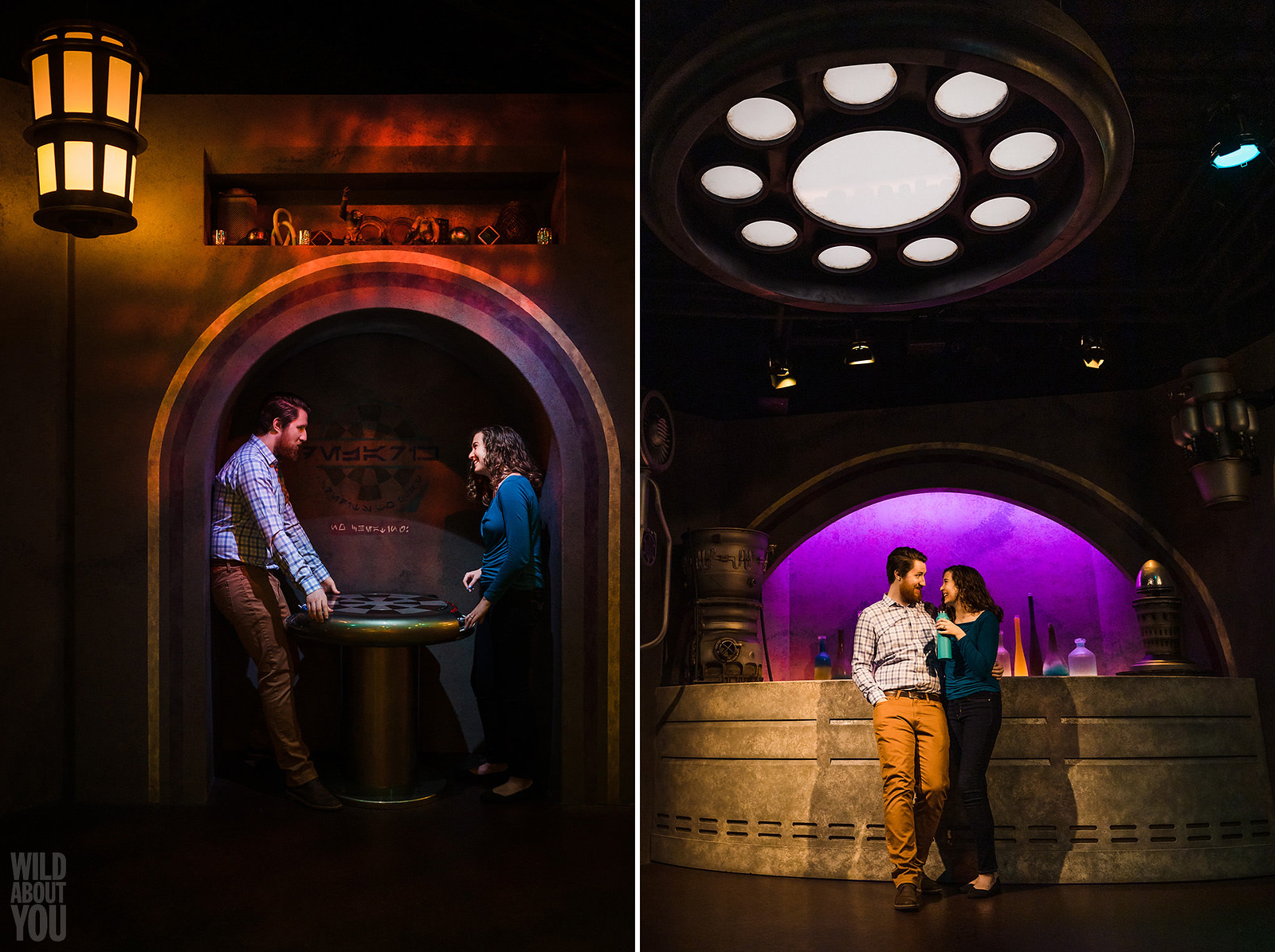 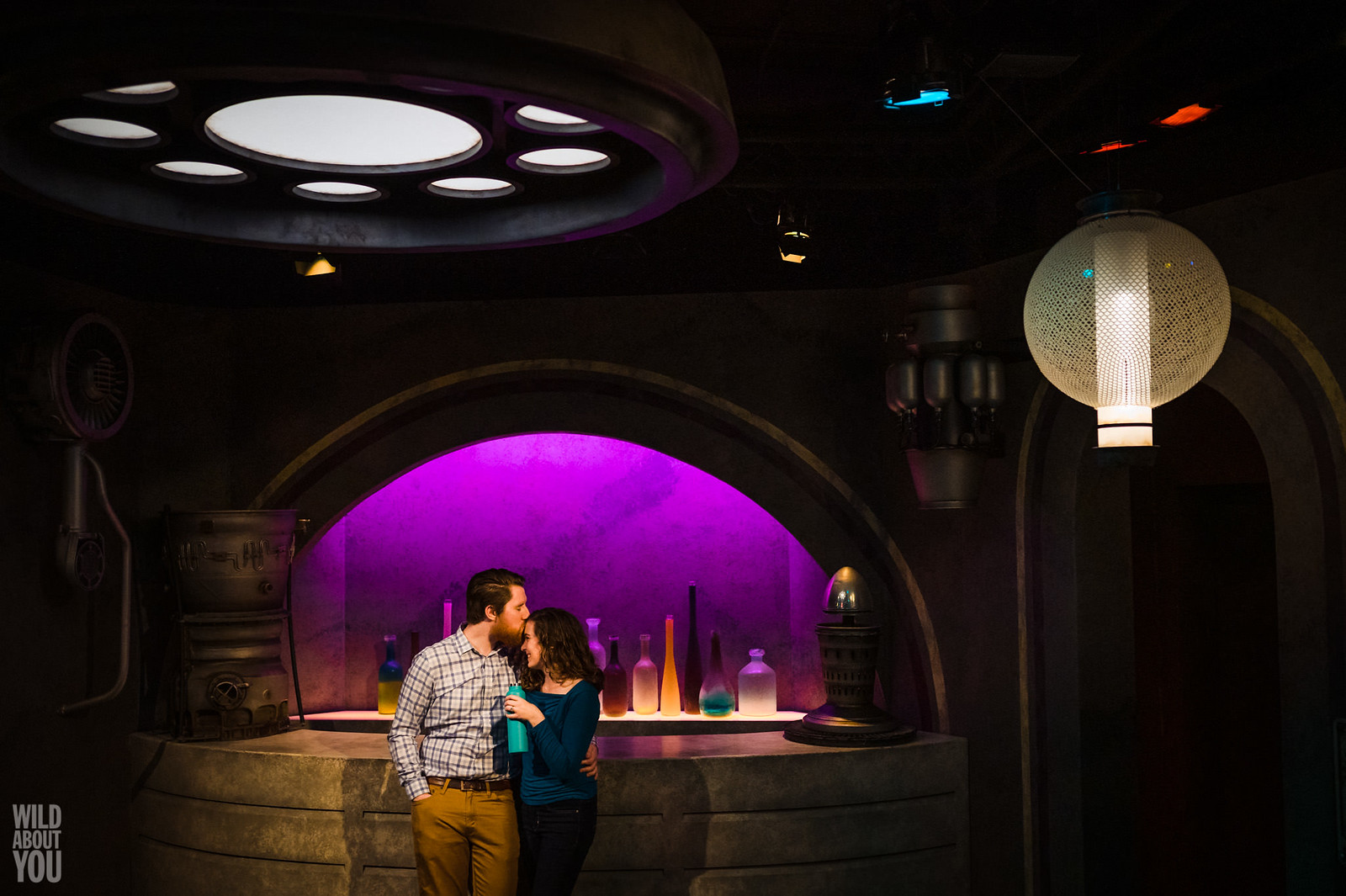 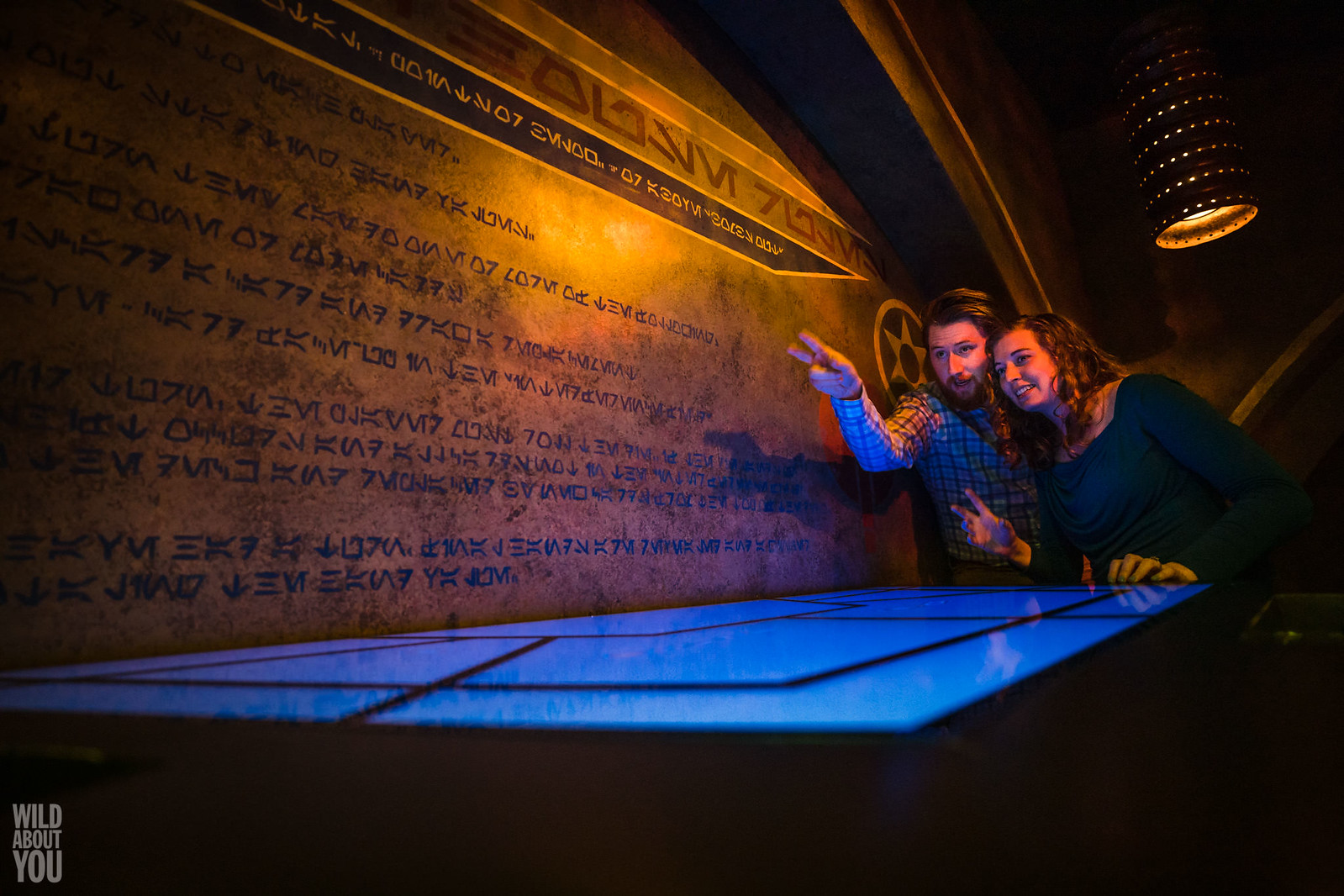 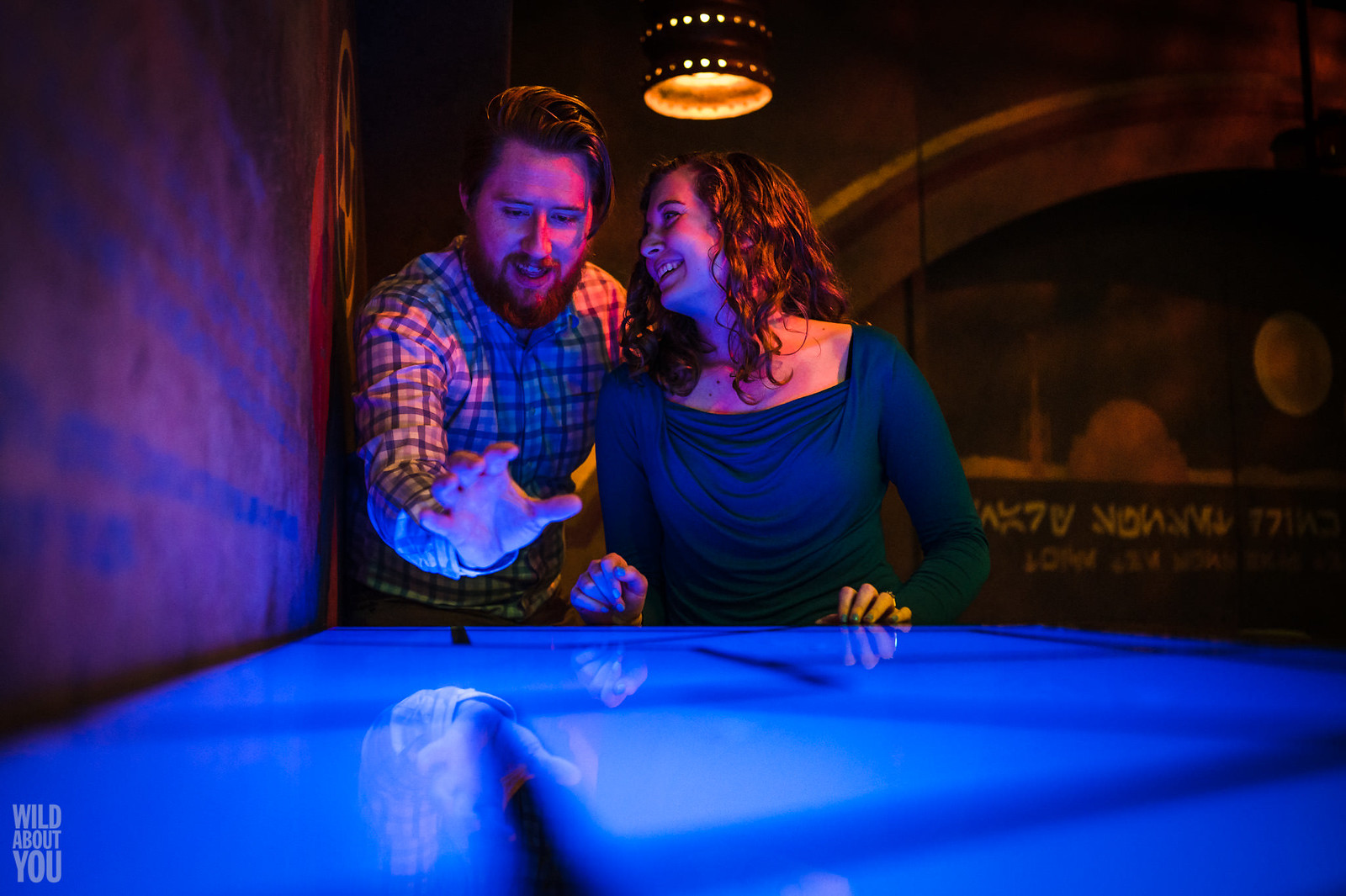 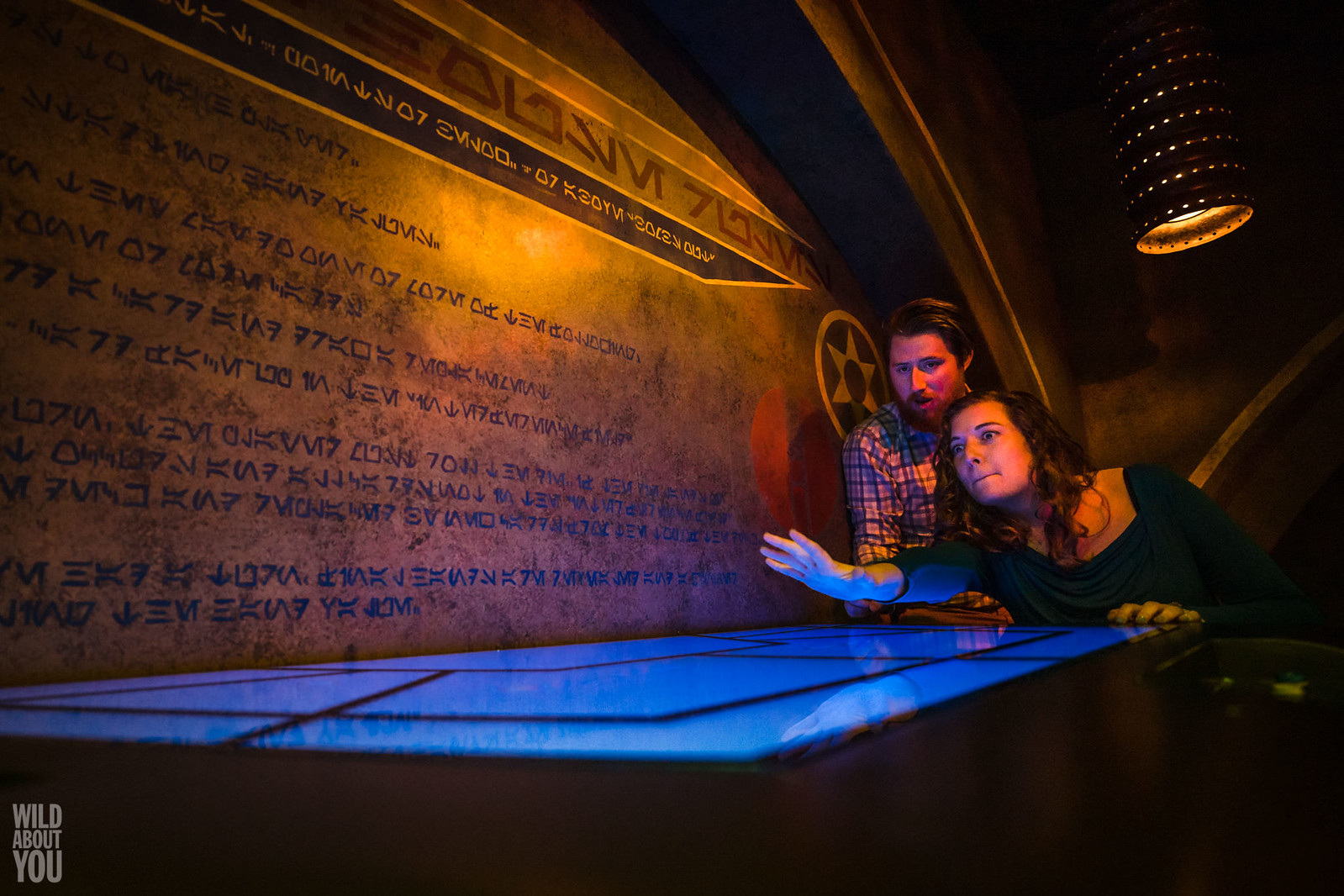 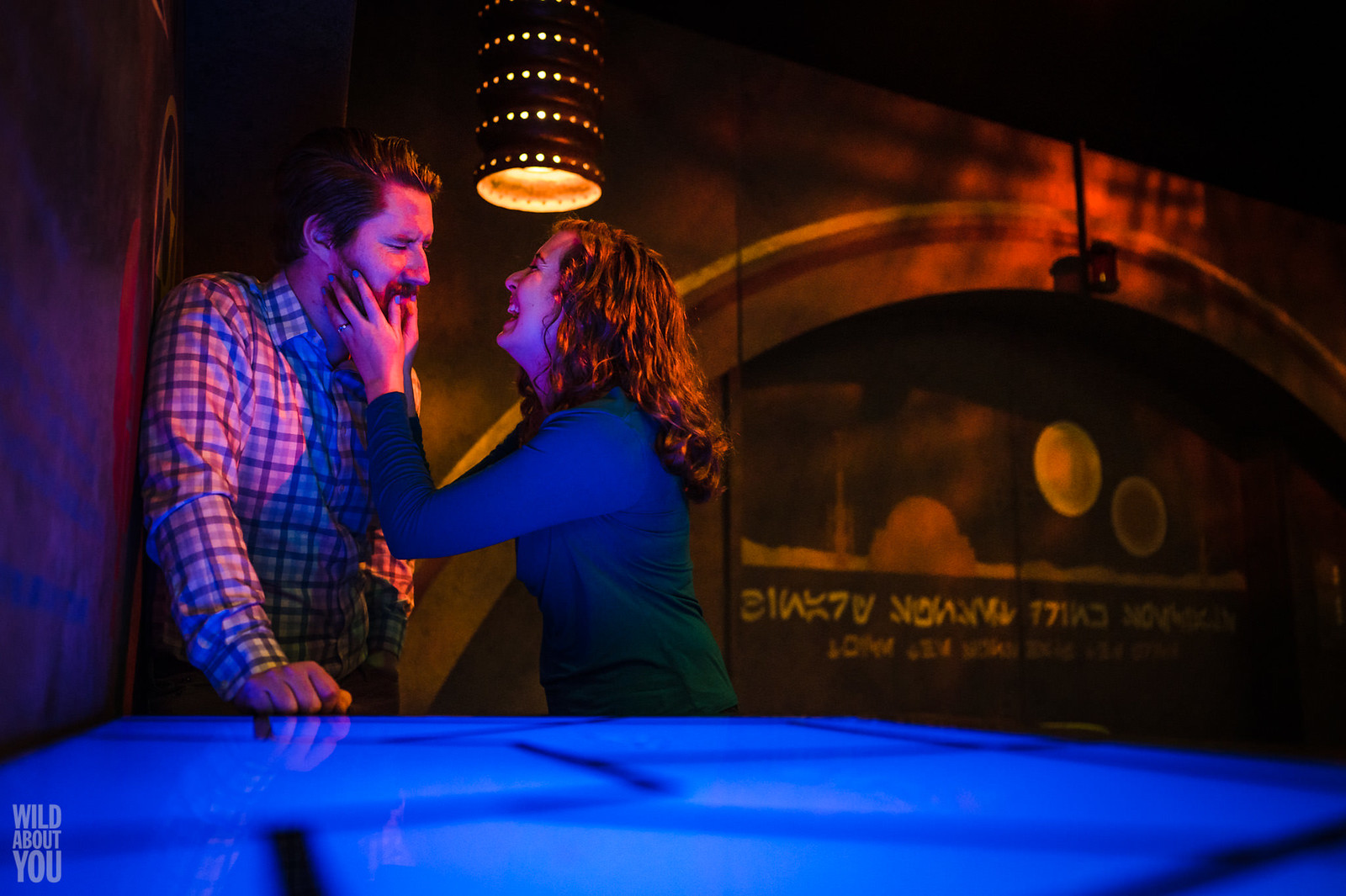 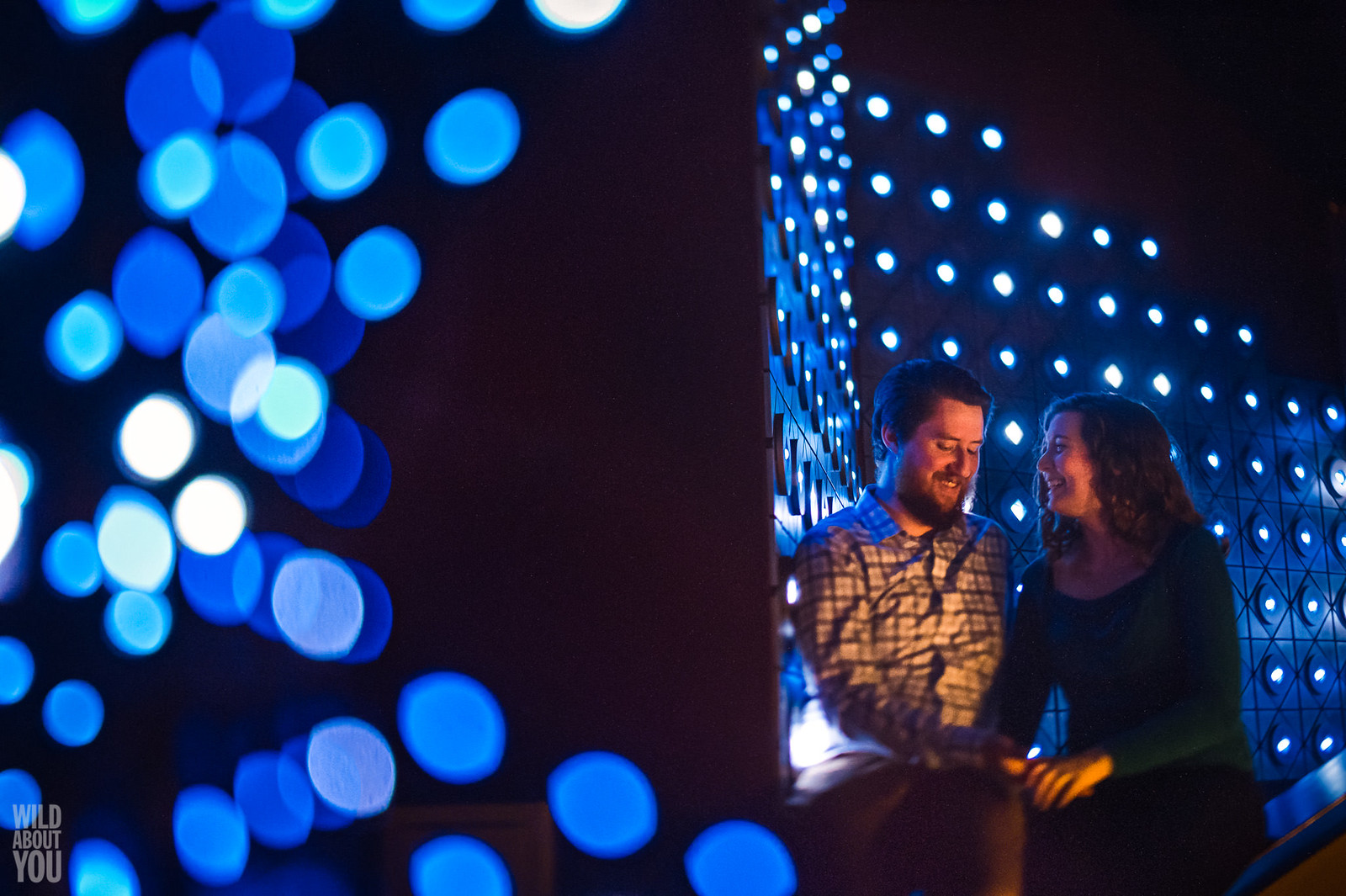 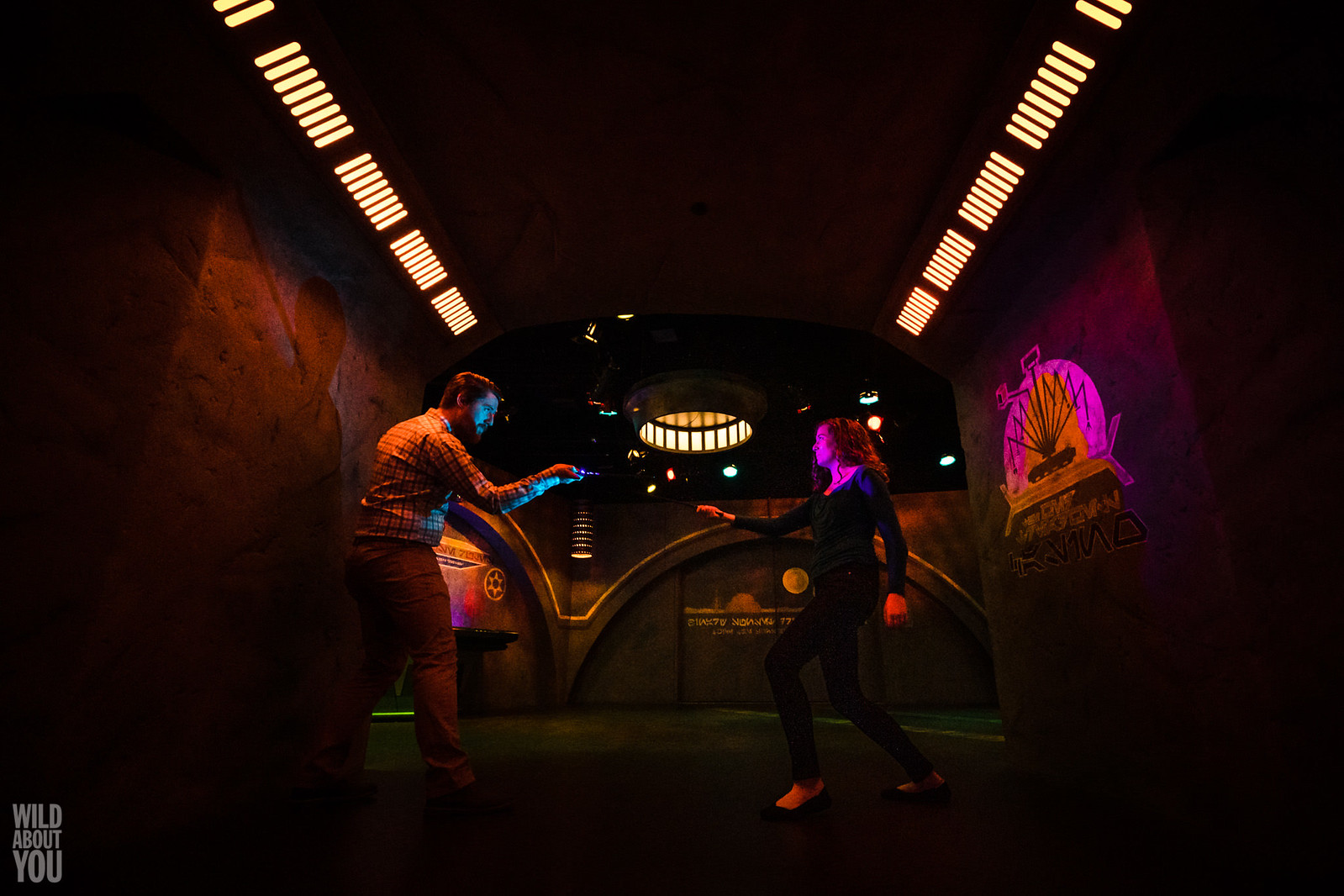 Somehow Stephanie found the entrance to a secret Jedi library when she went looking for the restroom. There, we learned that we’d have to hire a smuggler to transport us via a spacecraft called a Millennium Falcon (thanks, Google Translate!). Back to the cantina we went, and soon we managed to finagle our way home. We’re not gonna lie—it was a pretty rough ride and those drinks we had didn’t hyperdrive well, but we were so relieved to be dropped off in a dense crowd of mouse ears in the happiest place on earth. Despite all the uncertainties and weird smells, we had the best time with Stephanie and Matt and can’t wait to celebrate with them in May (not the 4th)! 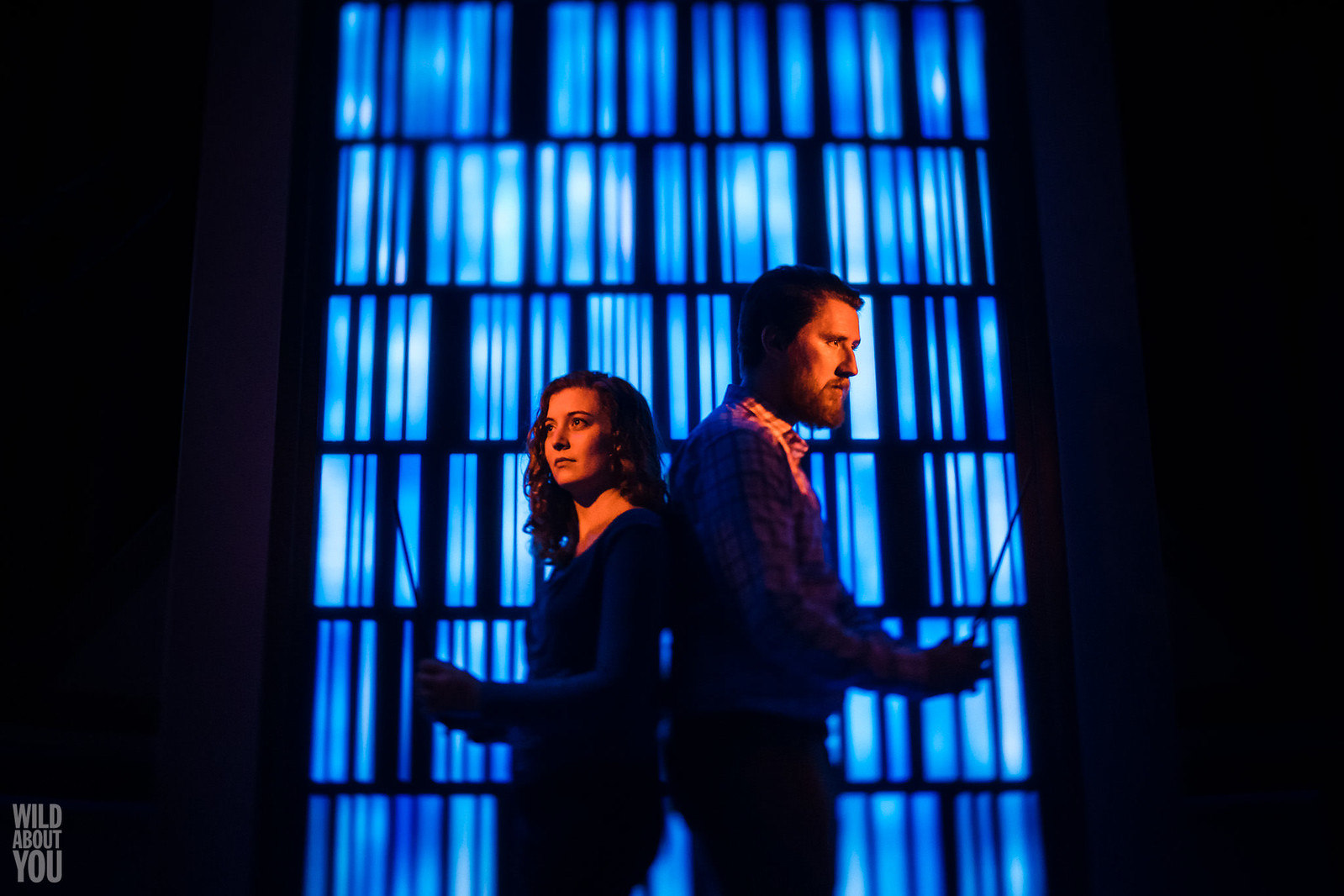 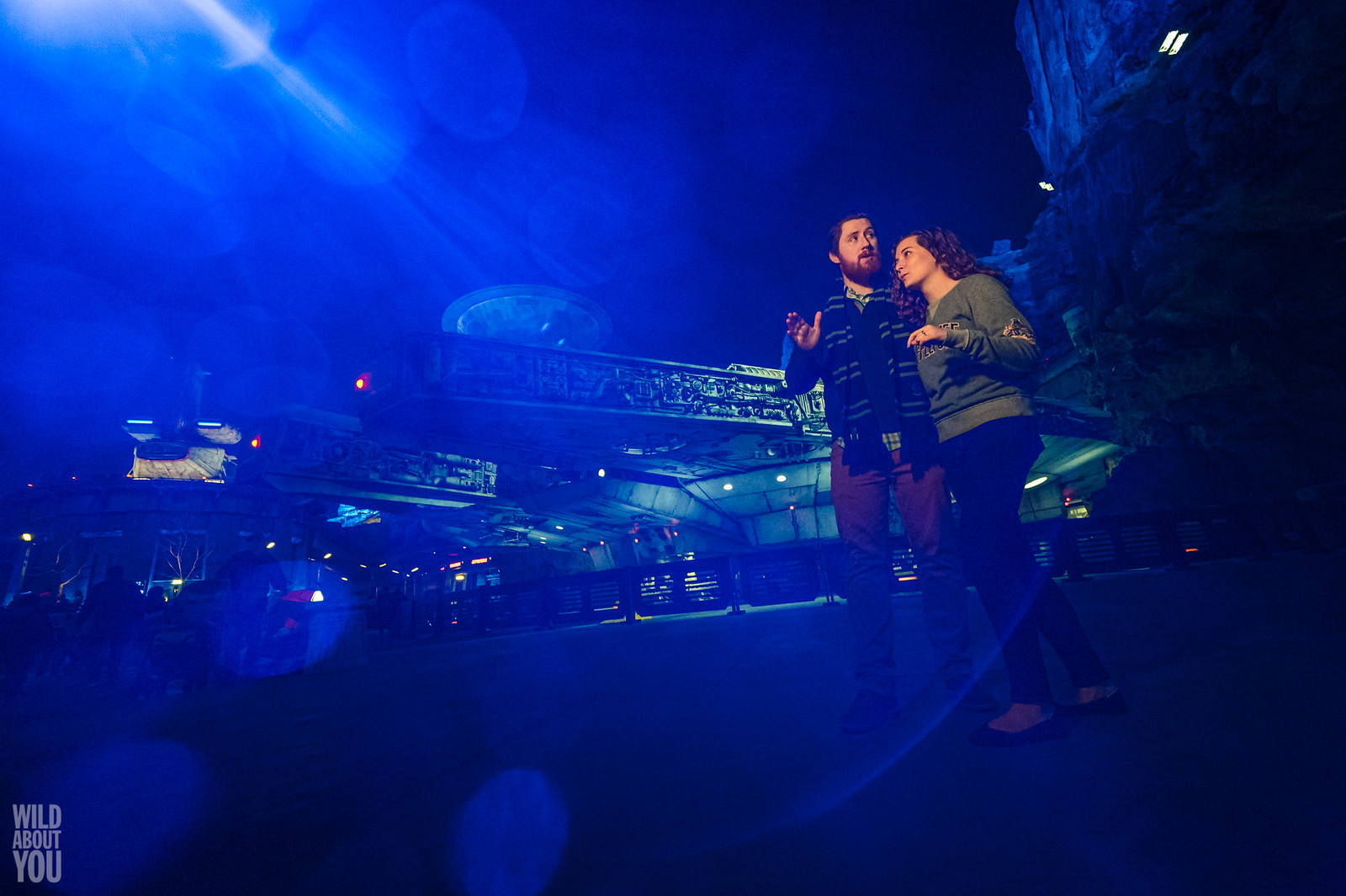 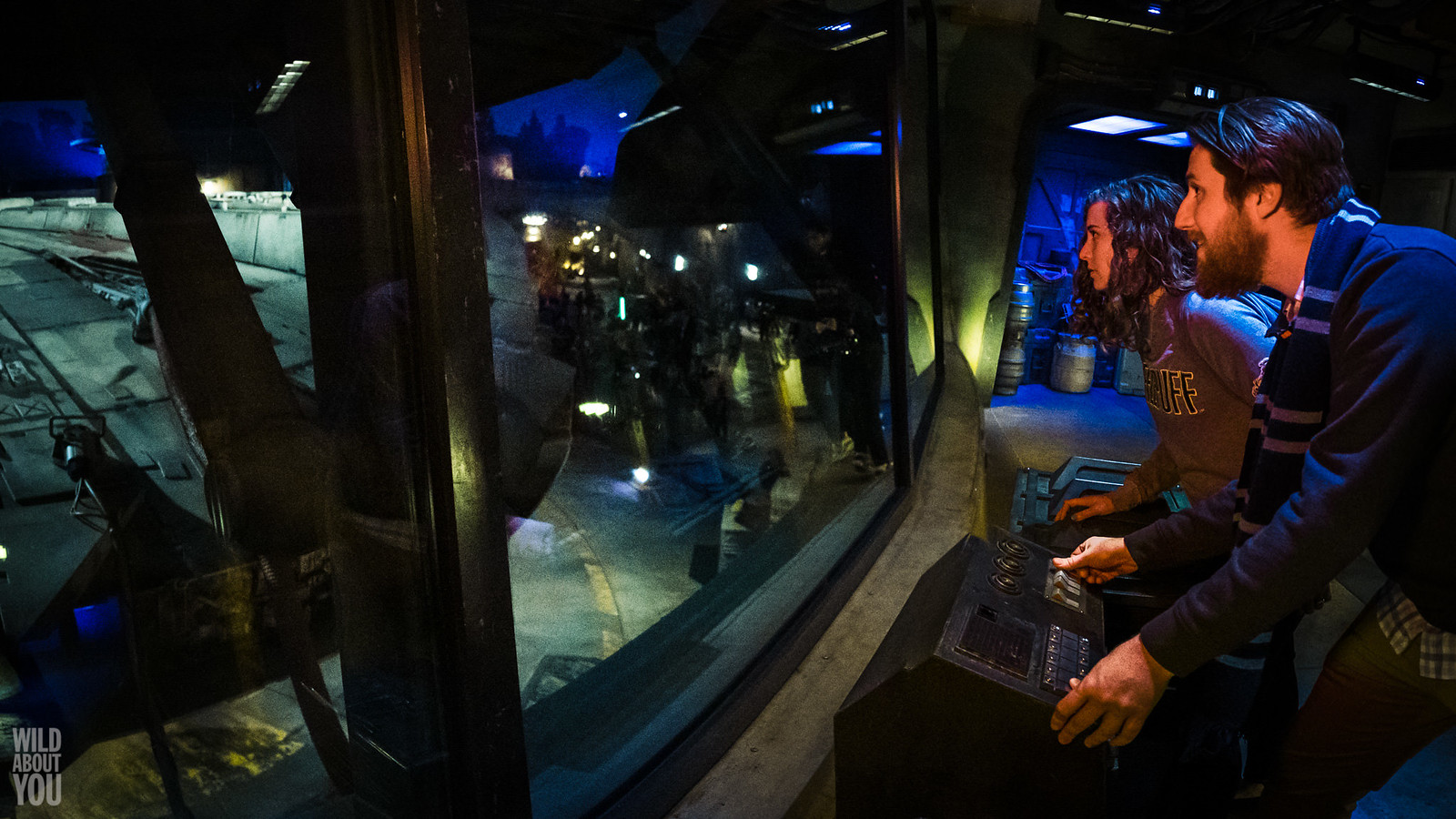 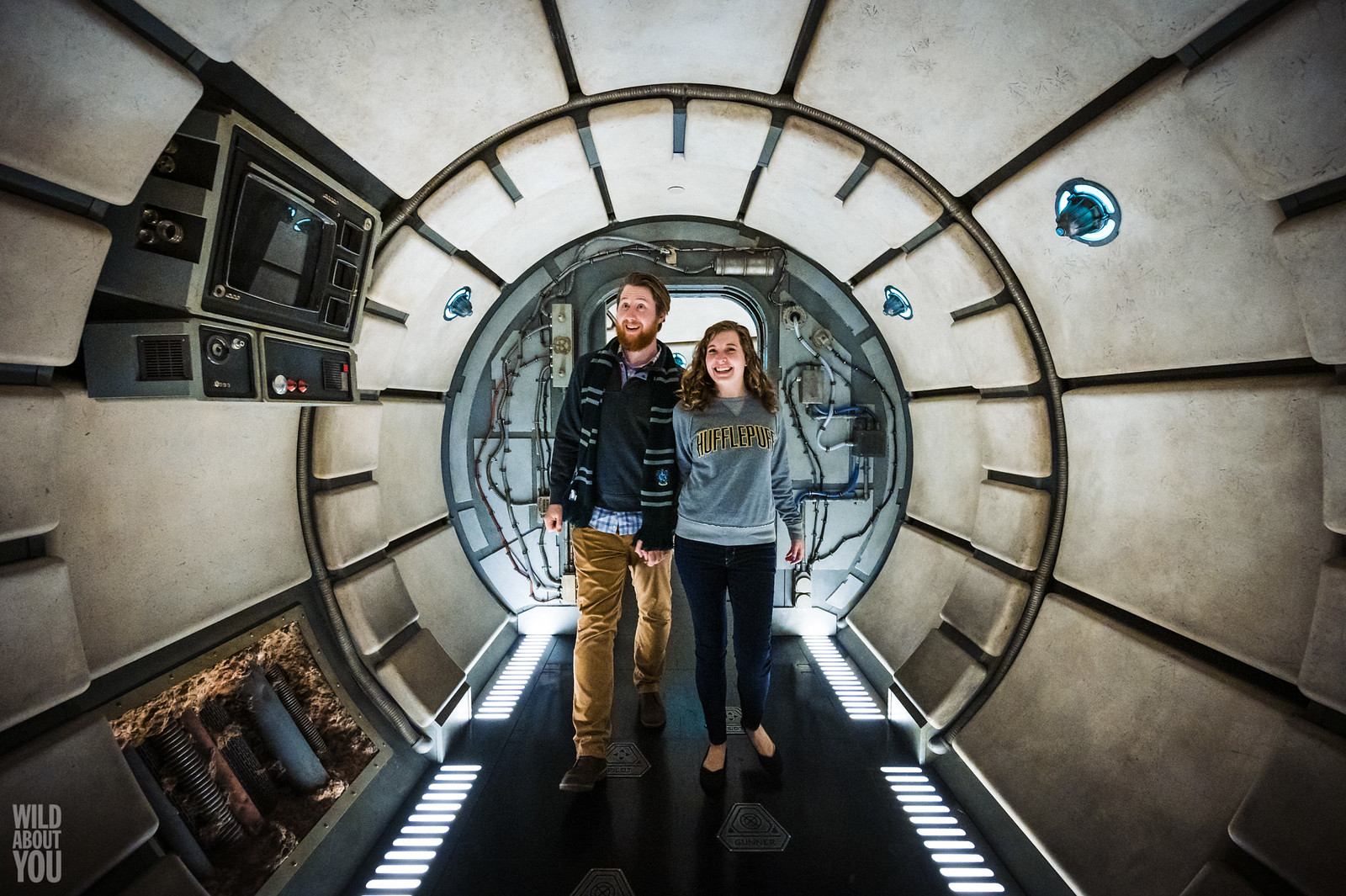 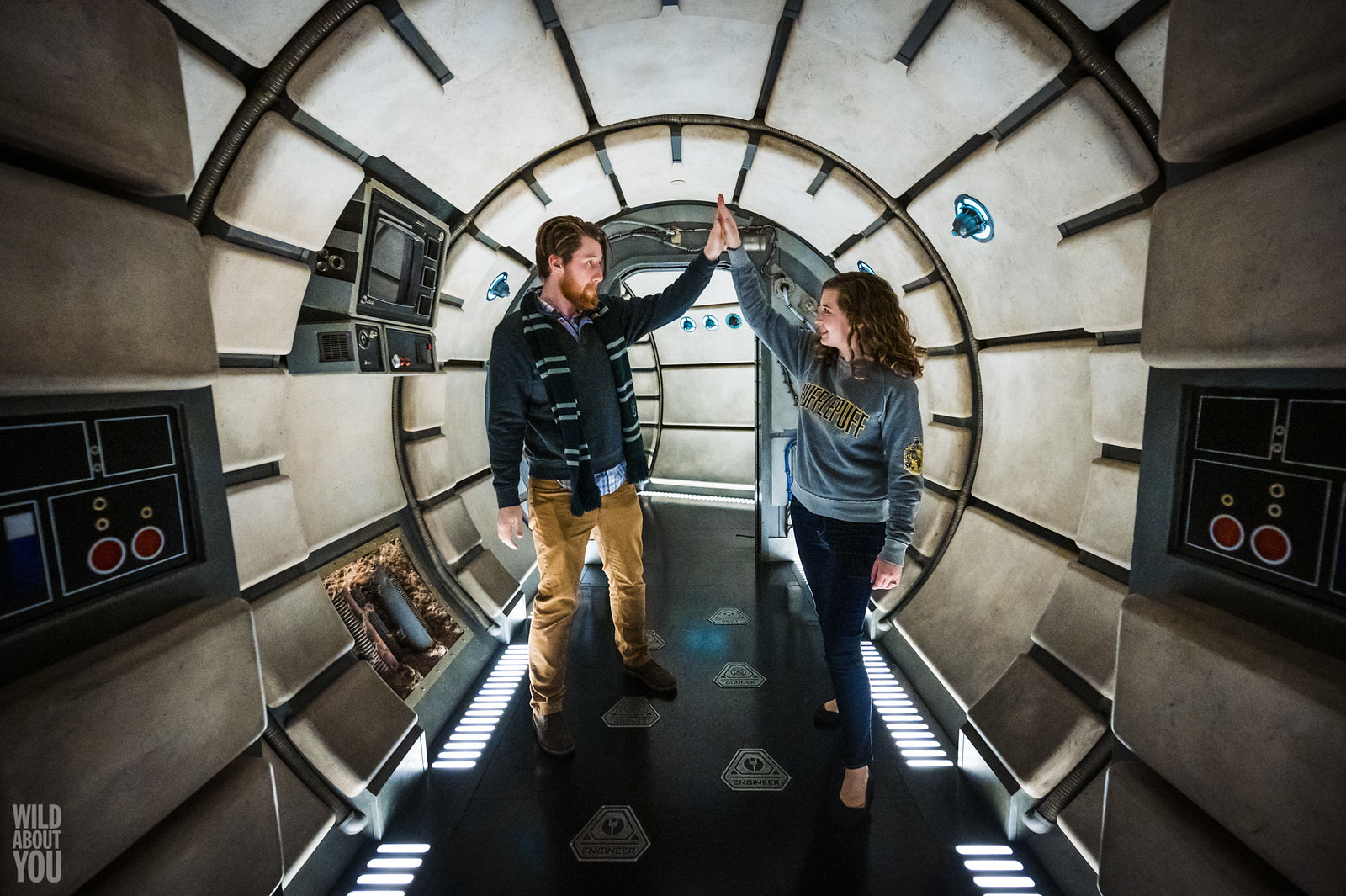 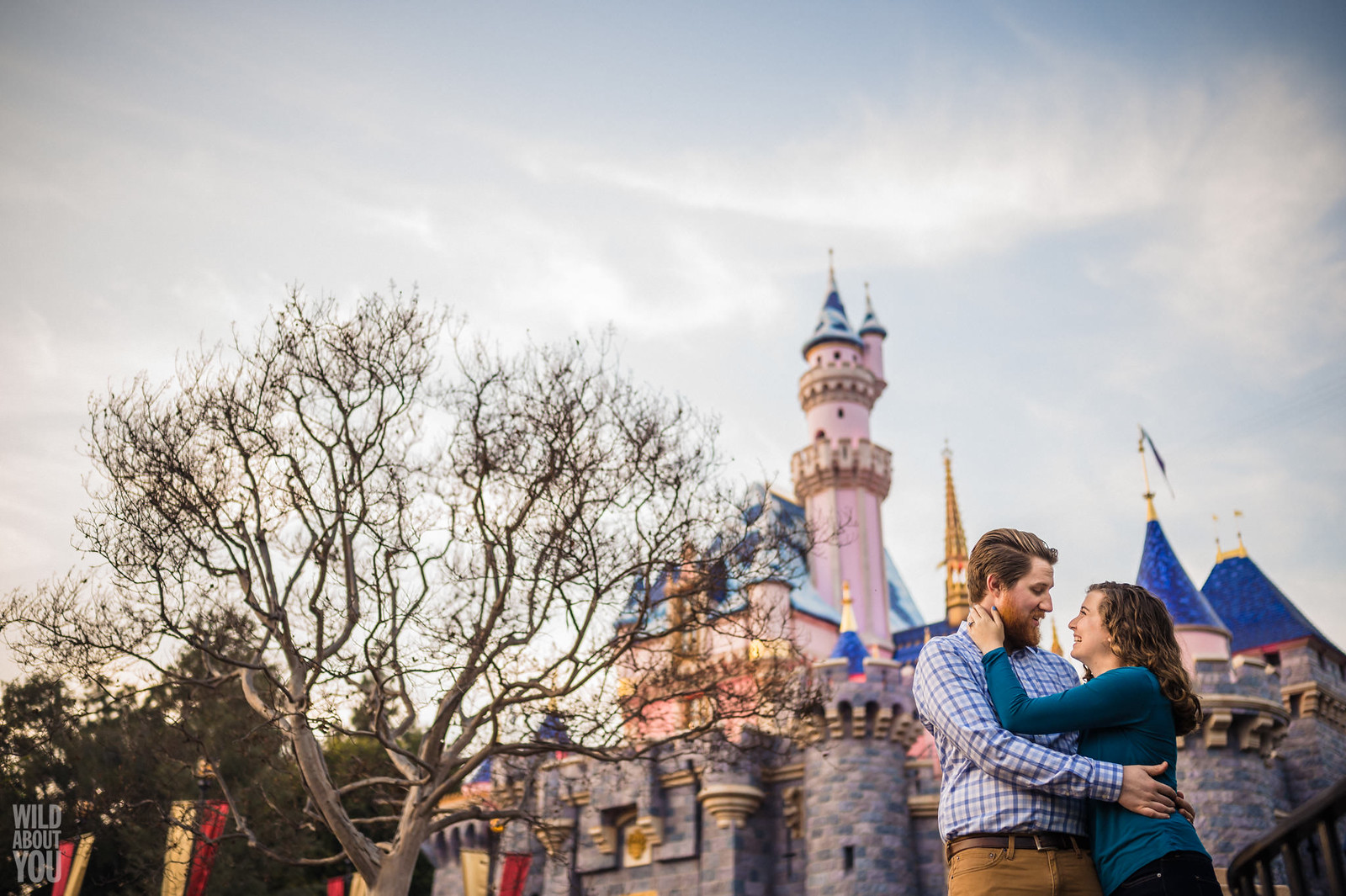