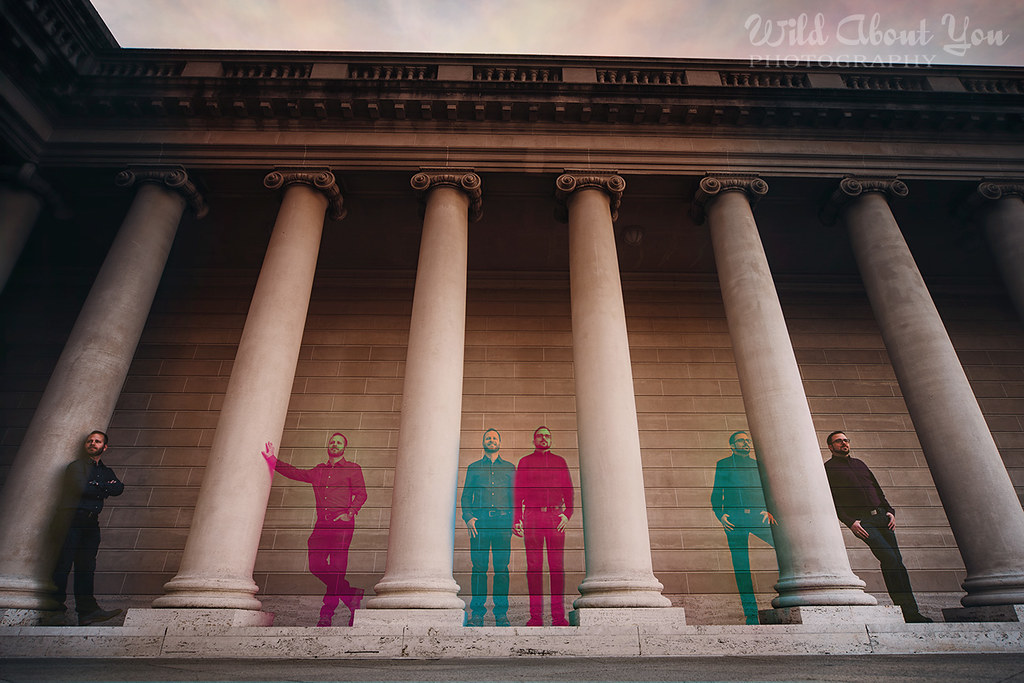 With a courtyard appointed with neoclassical columns, a mini glass pyramid that recalls the Louvre museum, and a cast of Rodin’s The Thinker, it’s no wonder San Francisco’s Legion of Honor is a popular photo destination. Built in 1924, the structure is a three-quarter replica of the 18th-century Palais de la Légion d’Honneur in Paris, set alongside a sprawling golf course, rocky headlands, windswept trees, and panoramic views of the bay.There was no shortage of shutterbugs when Jim and Scott met us there one sunny Sunday for their engagement session. Several shoots were already underway but we had a great time maneuvering around the crowds. Afterwards, we joined the throngs who thought a walk through the woods would be a fantastic way to spend the day (and they were right!). We even threw caution to the wind and carefully made our way to Painted Rock, despite the warning sign that “People have fallen to their death from this point.” Our nimble feet were rewarded with an unobstructed view of the Golden Gate Bridge and the sailboats dotting the water.Colorful sunsets aren’t ever a sure thing in San Francisco so we felt pretty special witnessing the cloud-streaked sky turn pink, purple, and gold over the Sutro Baths. What a way to end our time together! Here’s how our day went down. 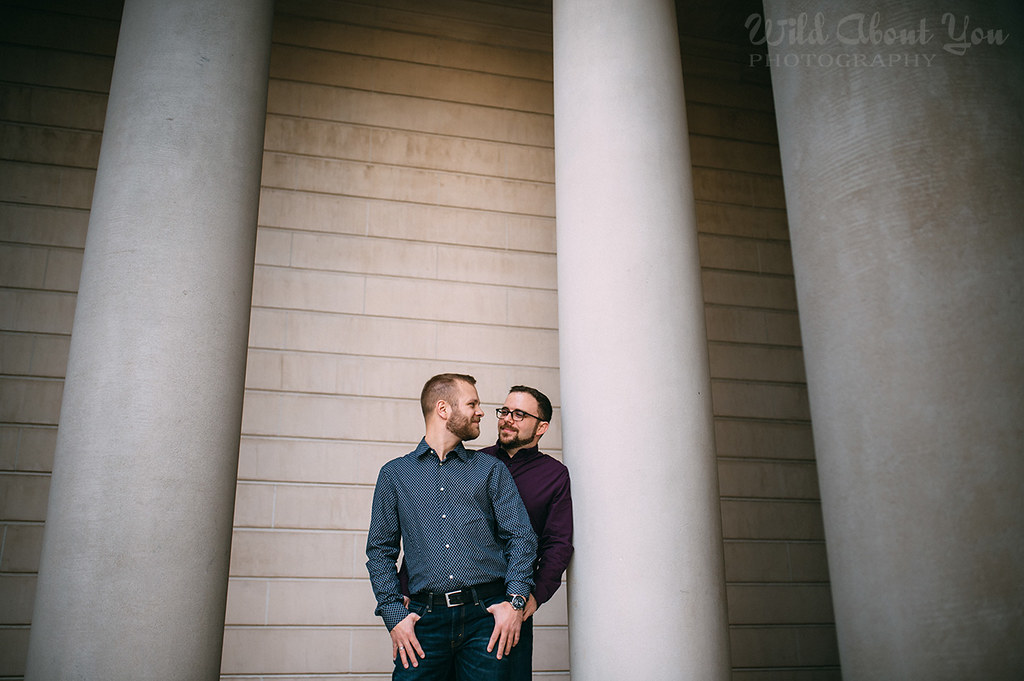 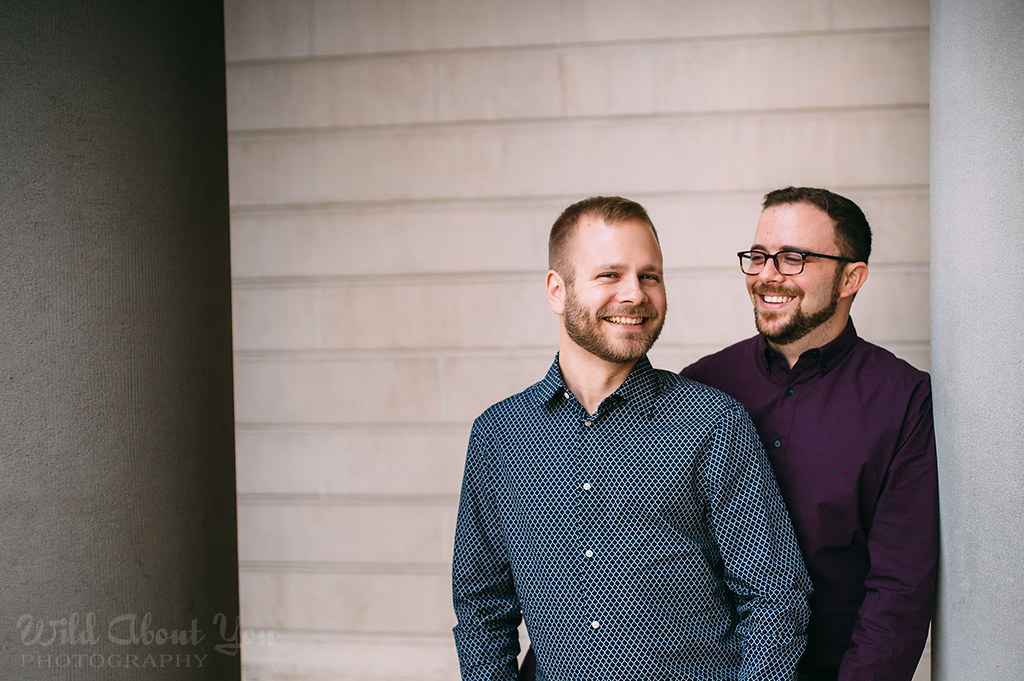 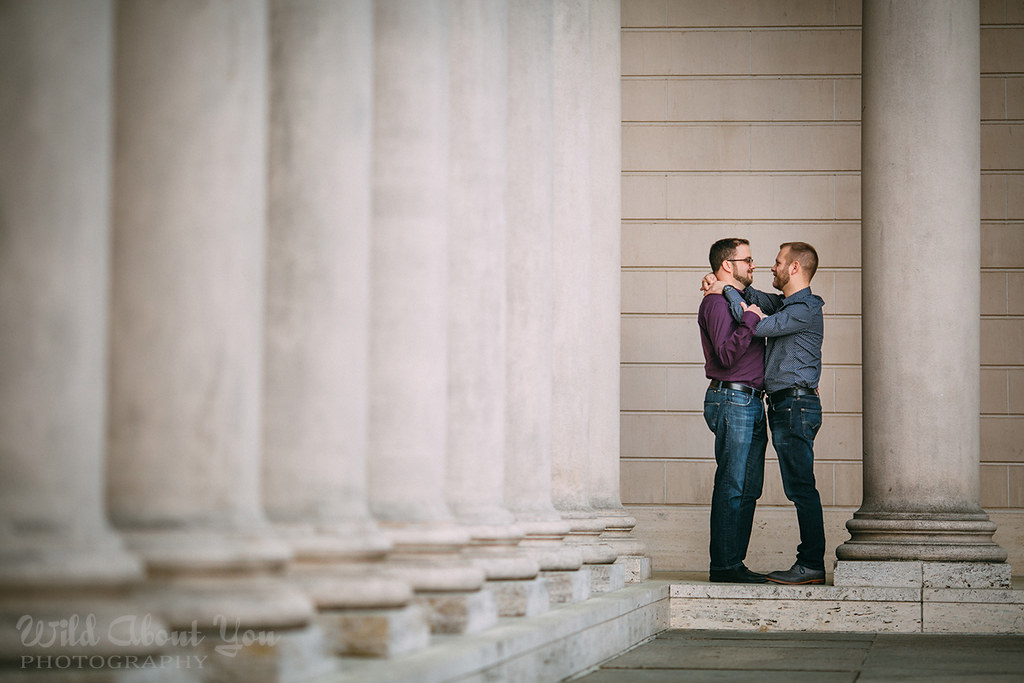 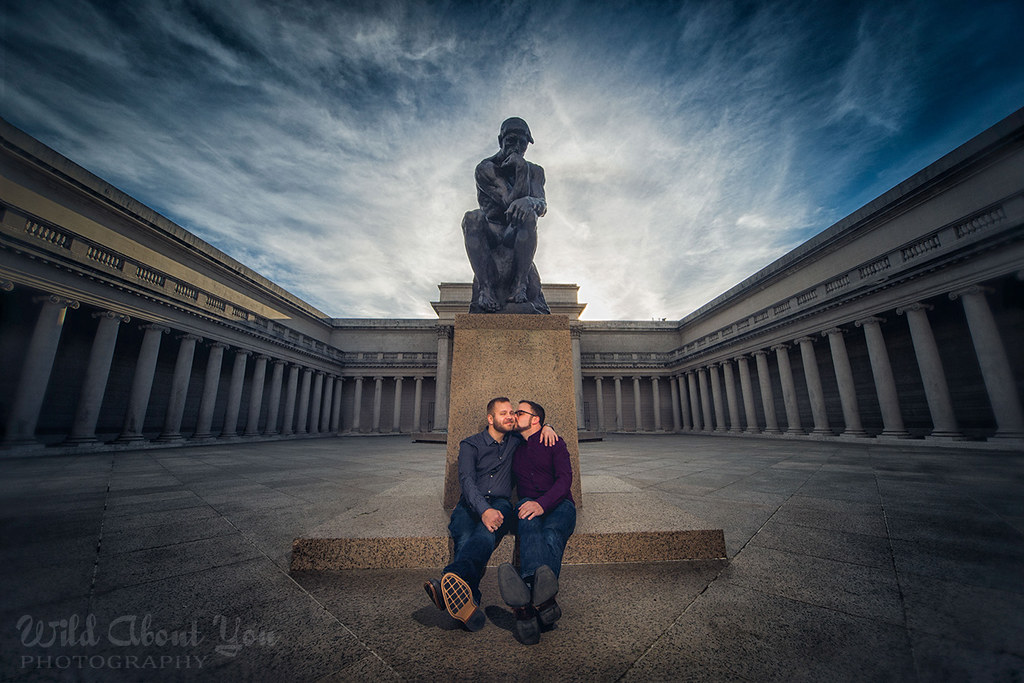 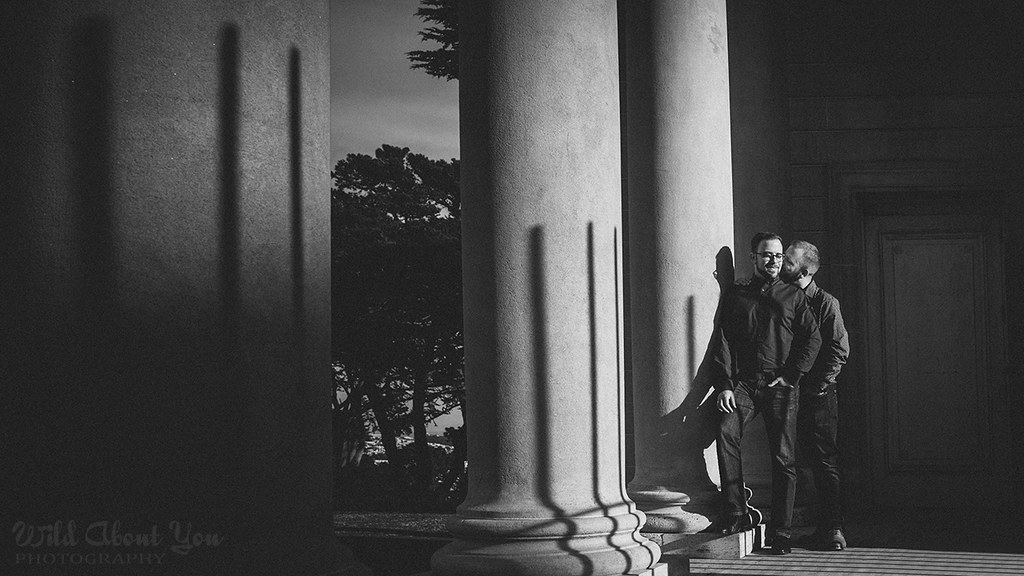 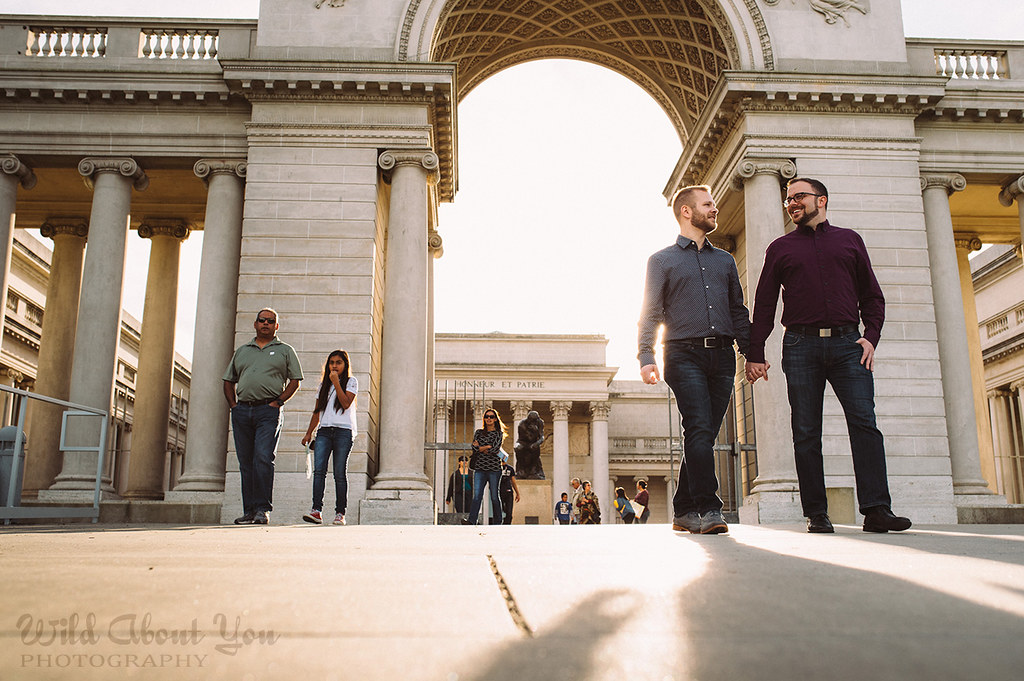 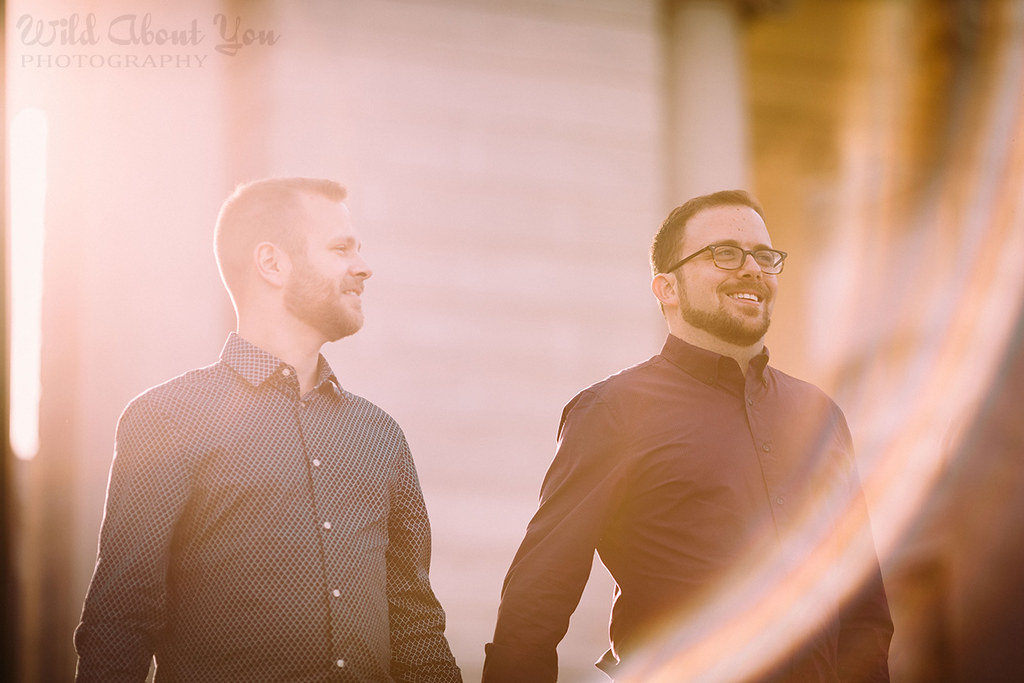 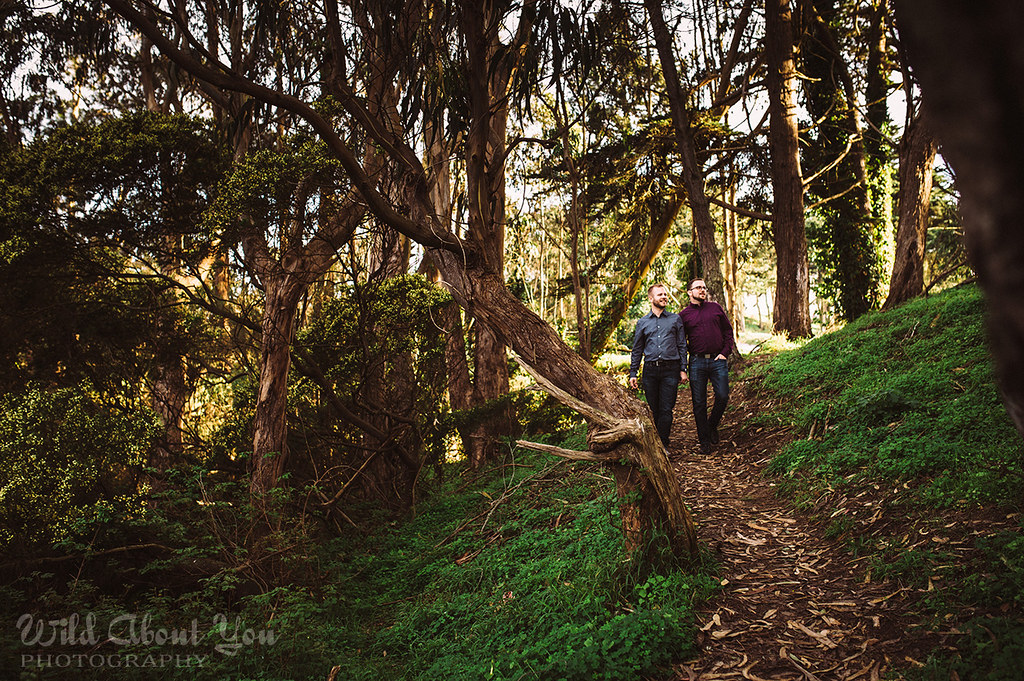 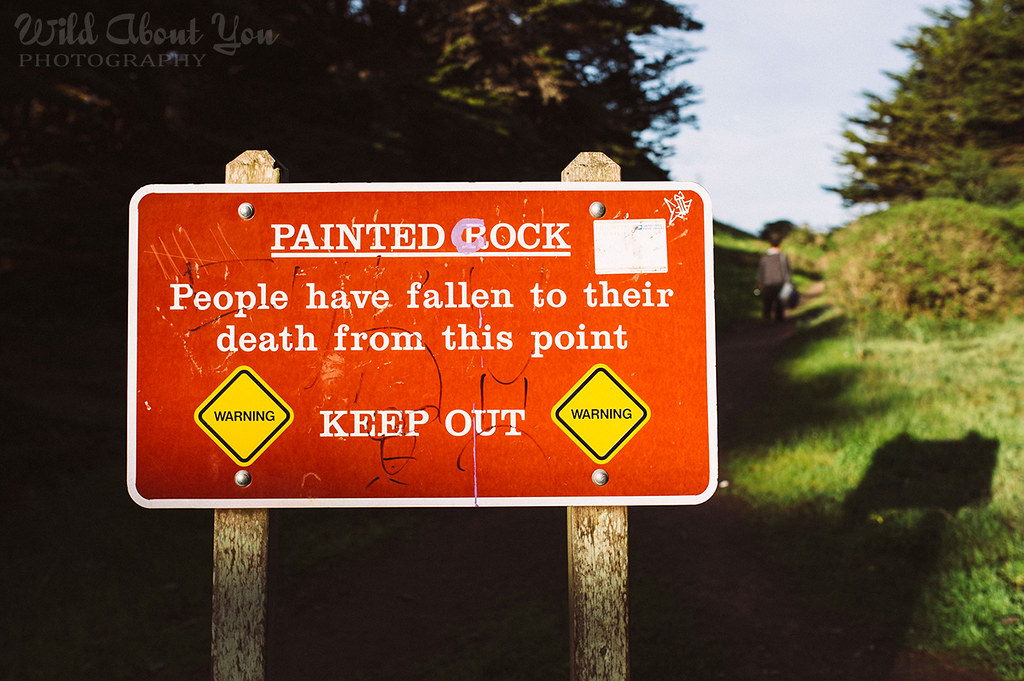 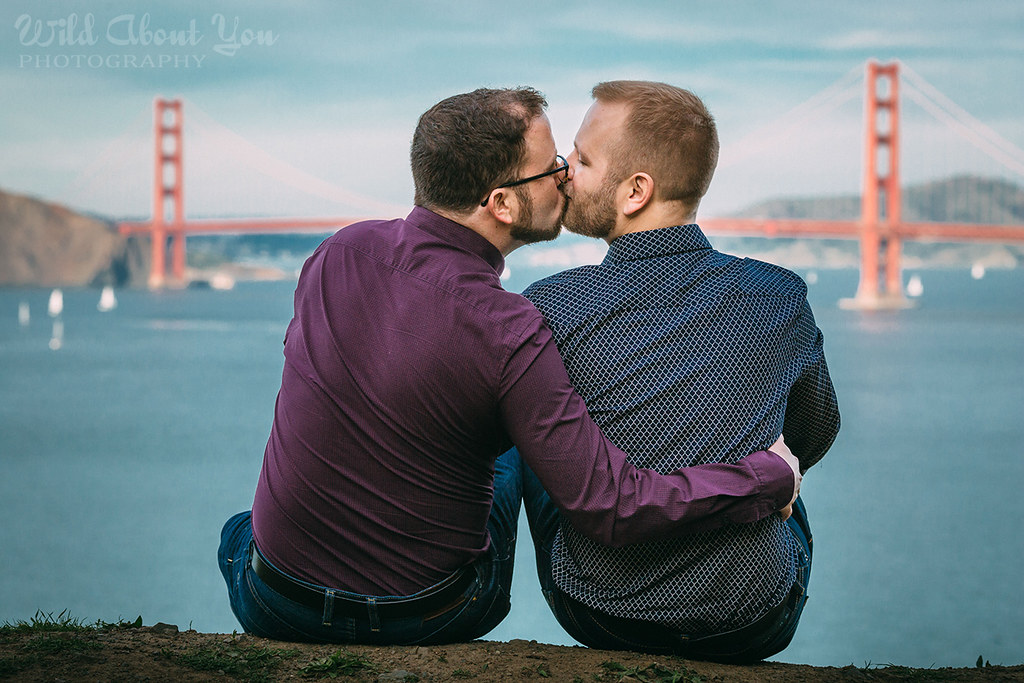 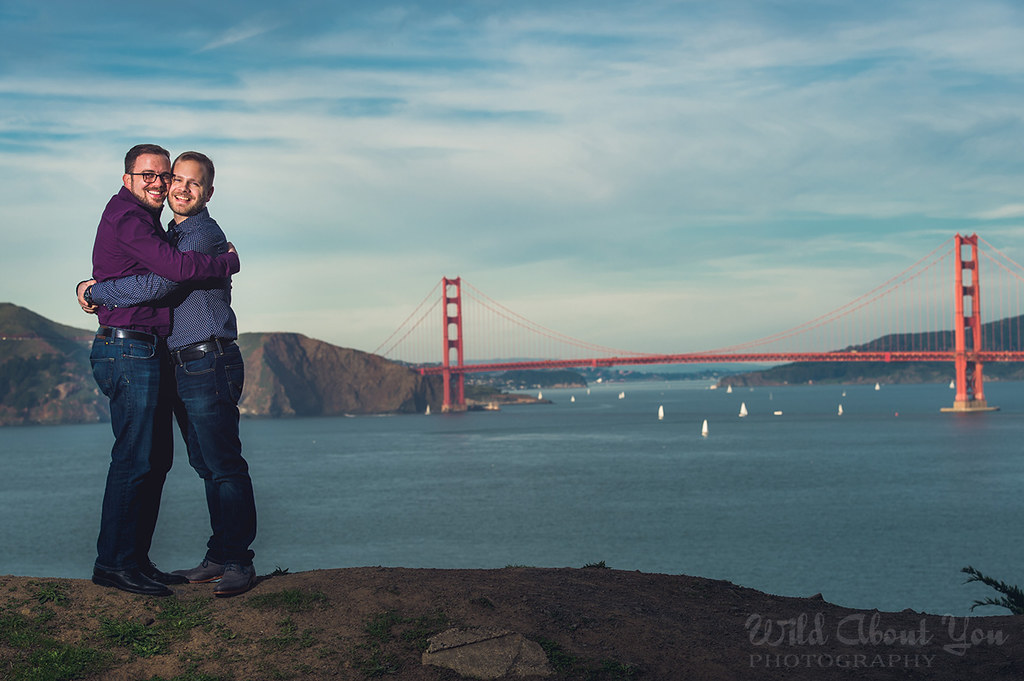 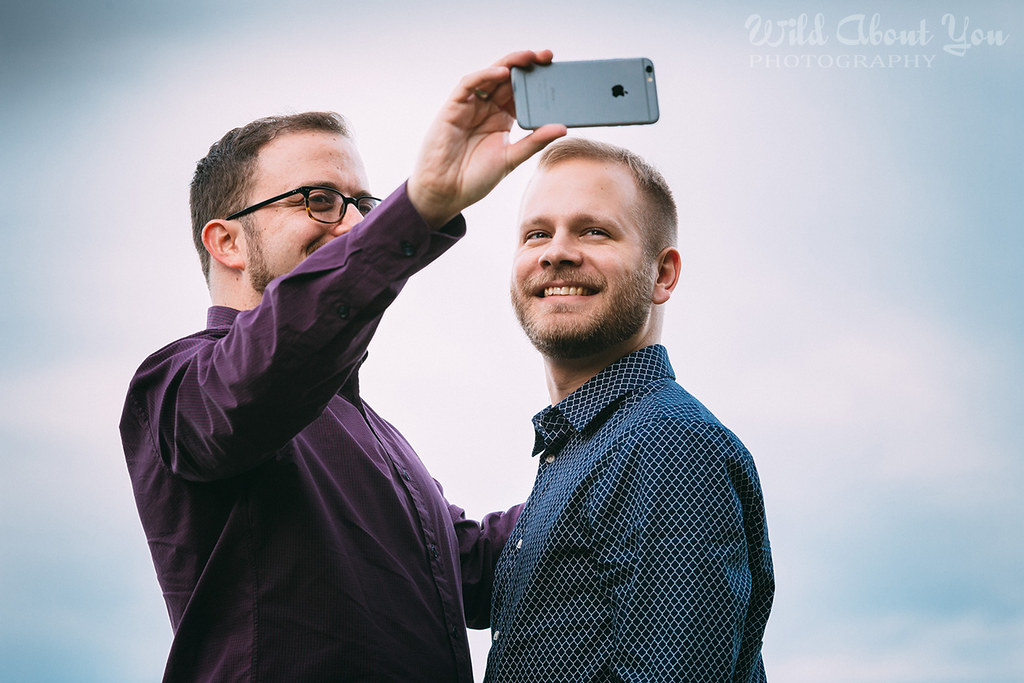 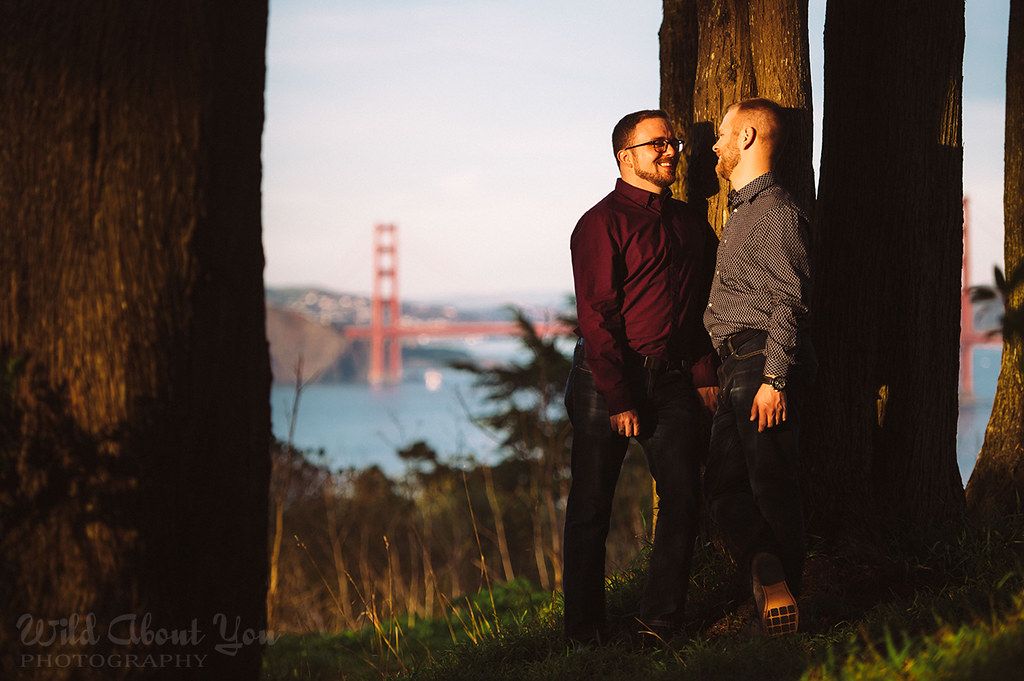 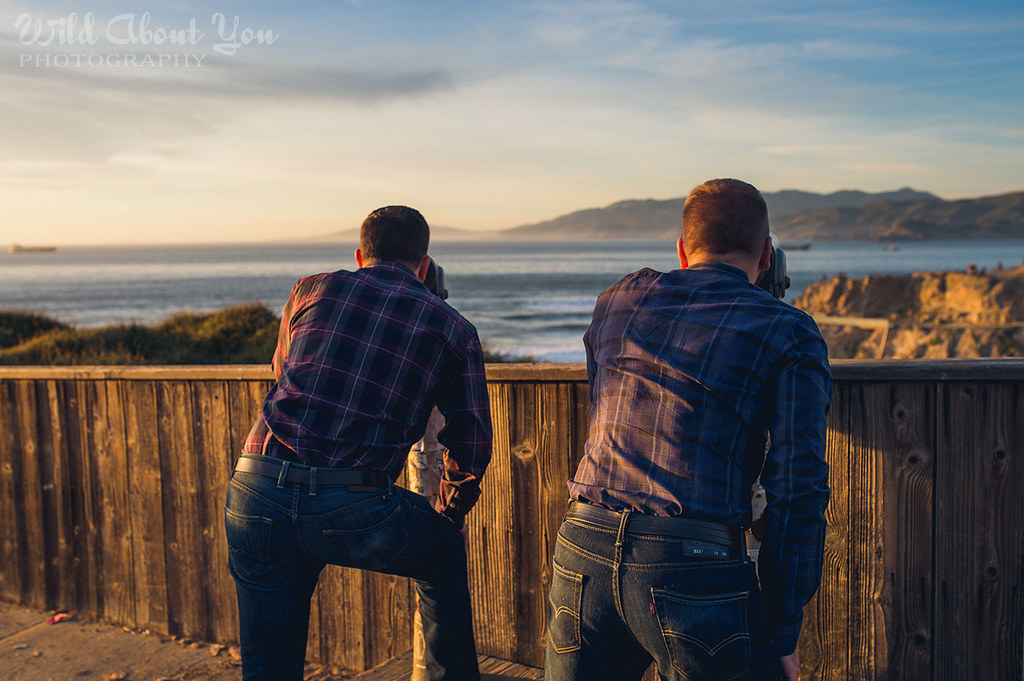 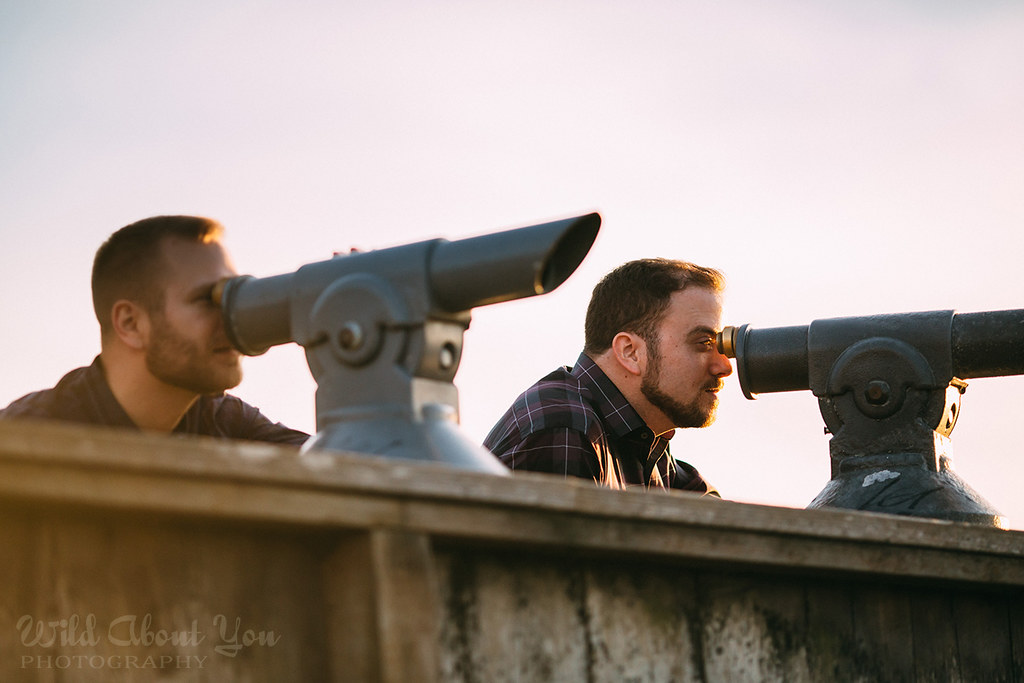 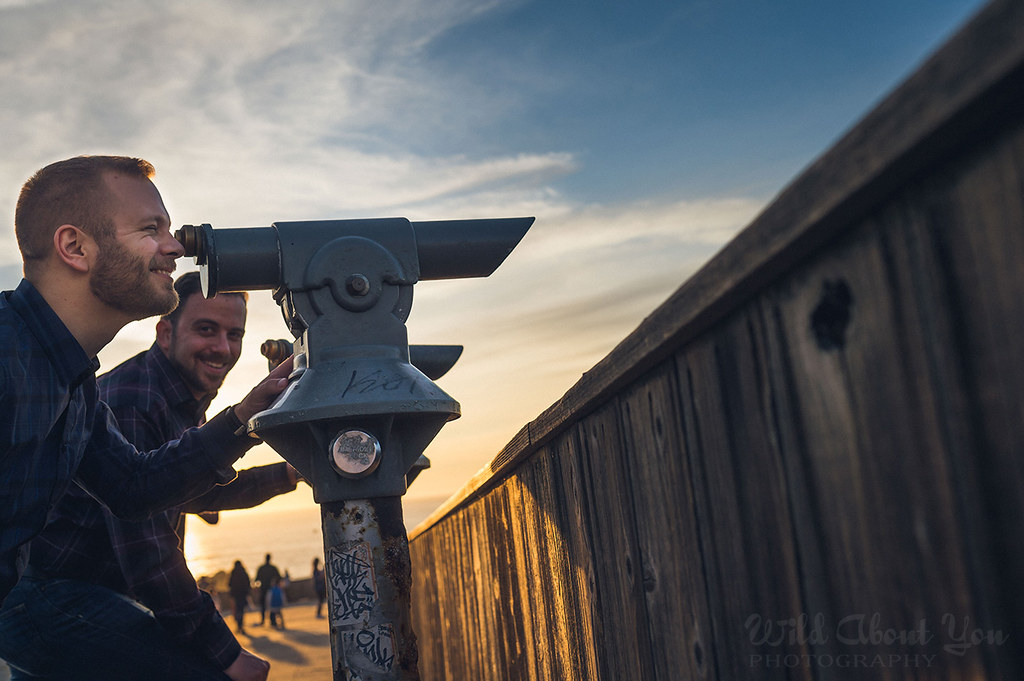 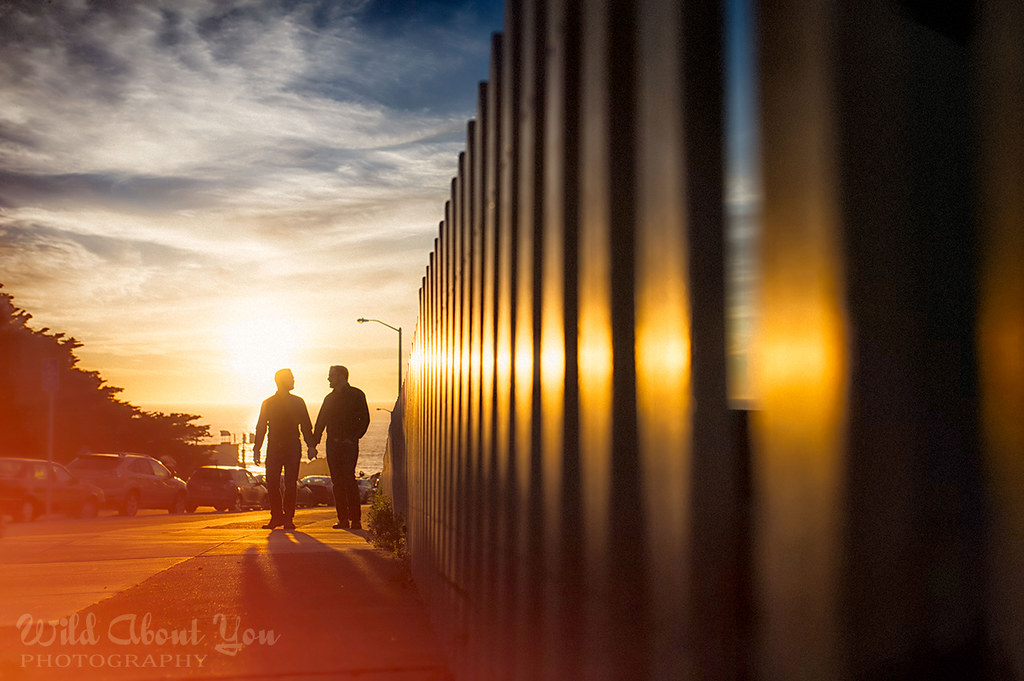 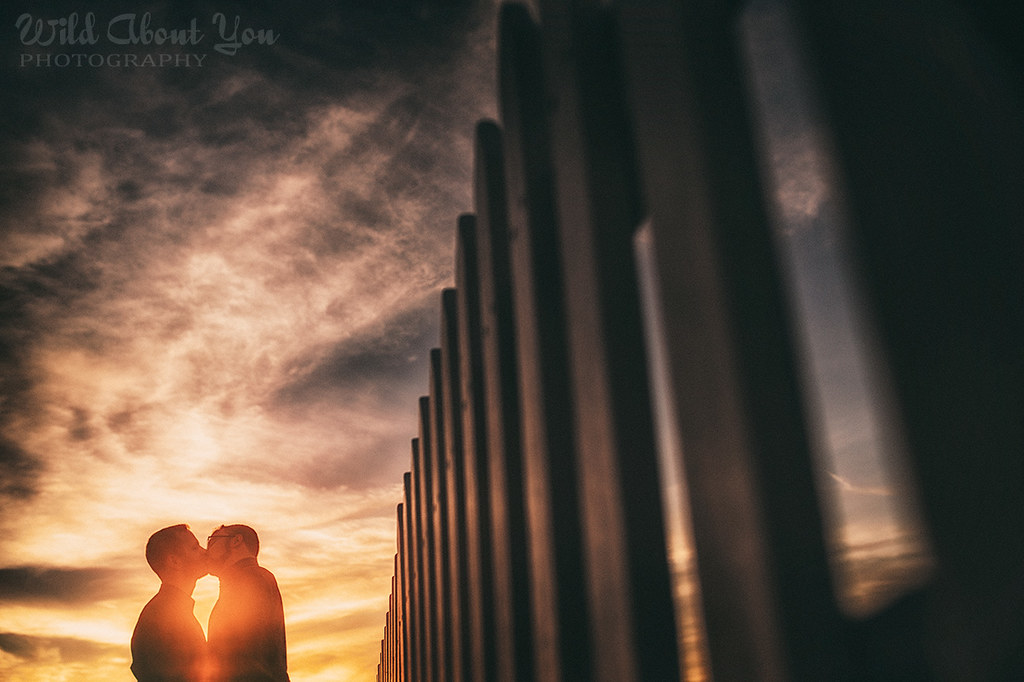 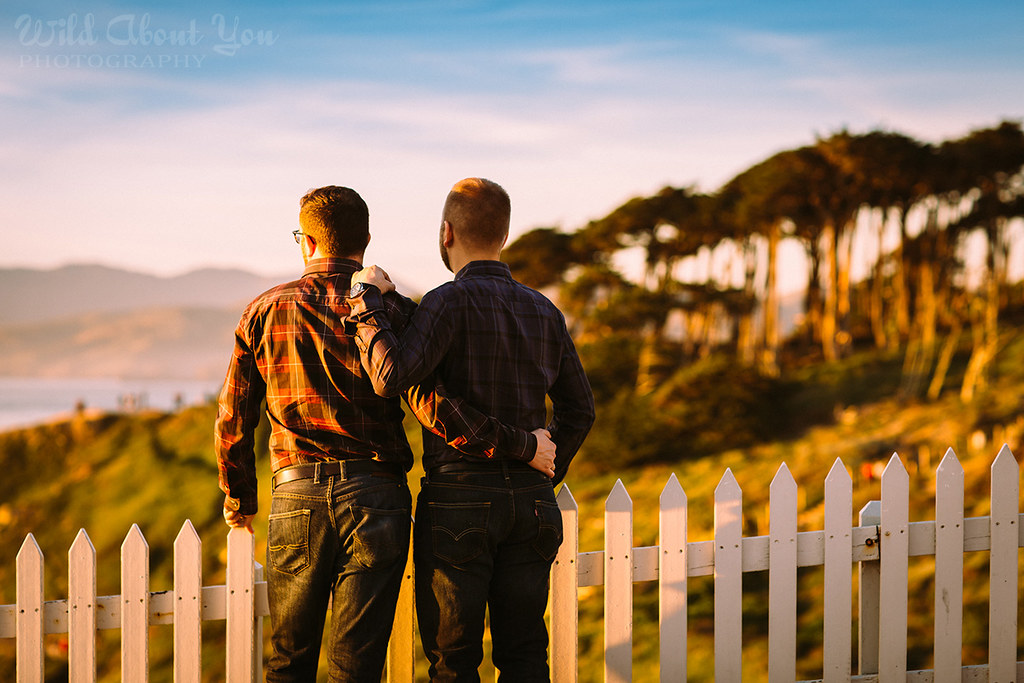 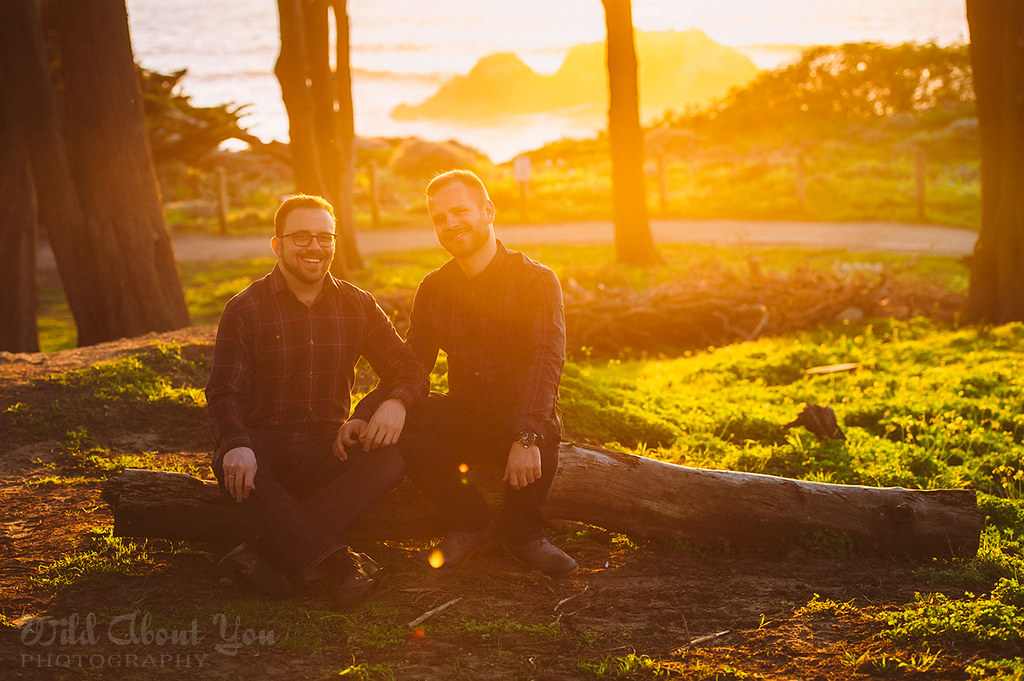 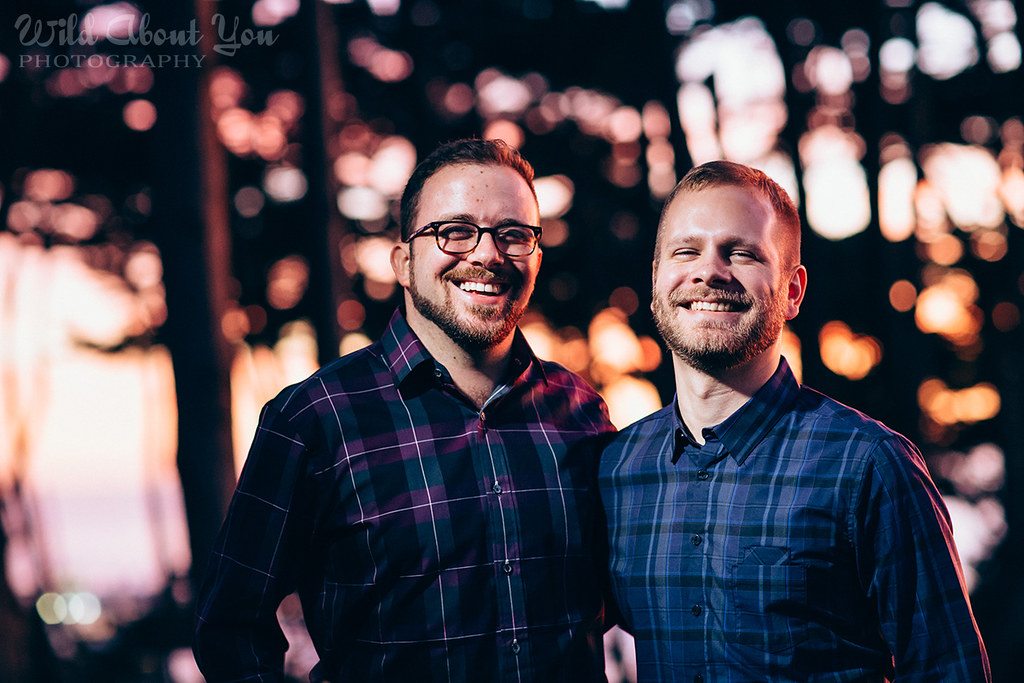 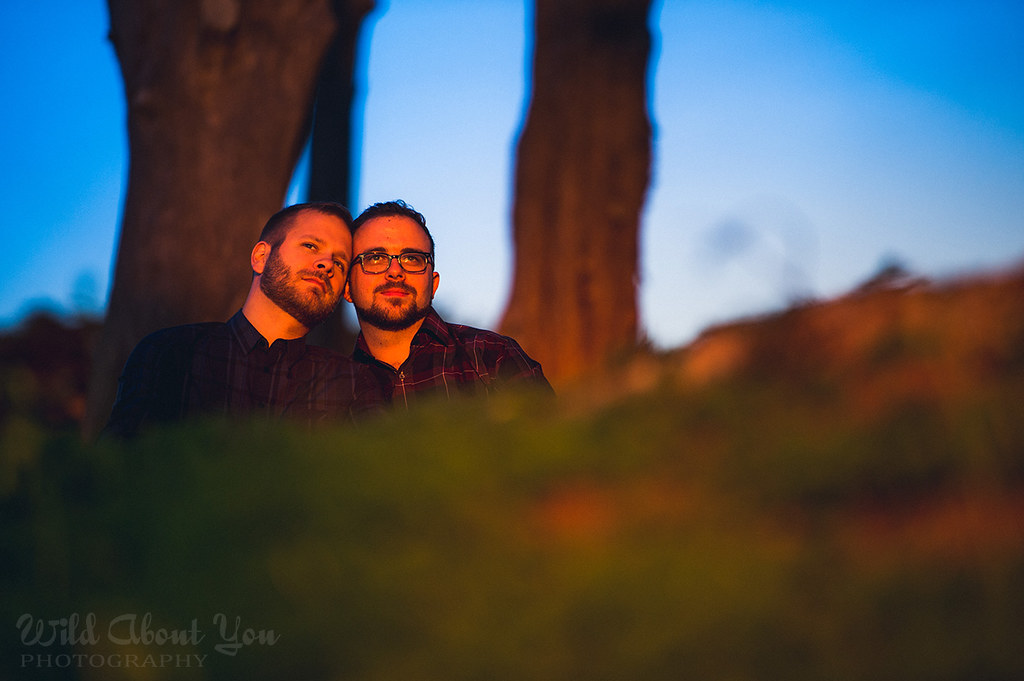 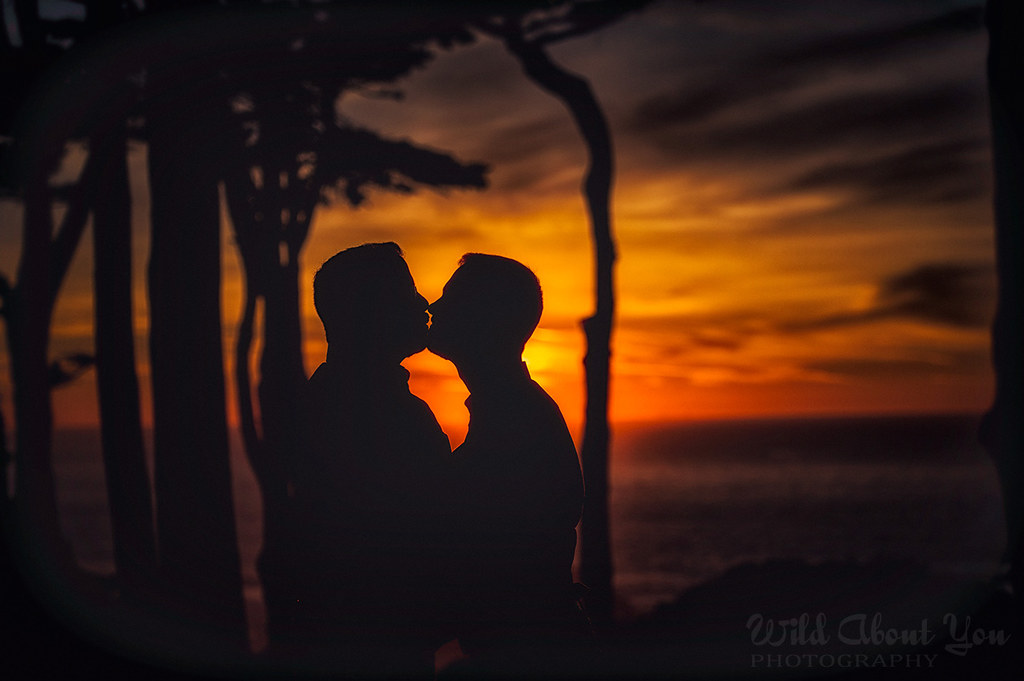 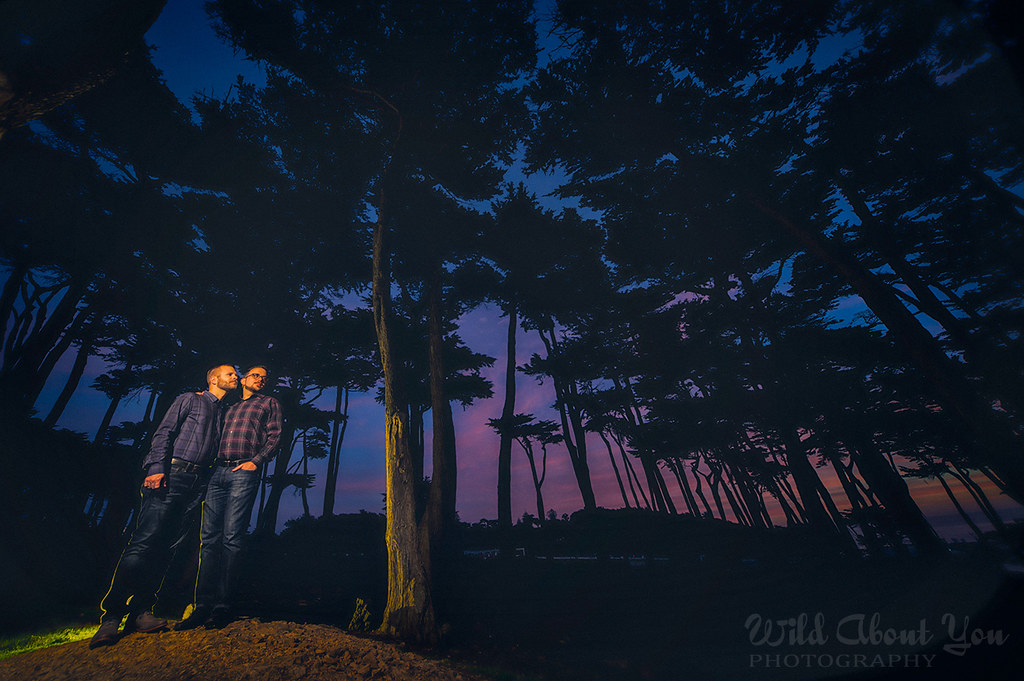