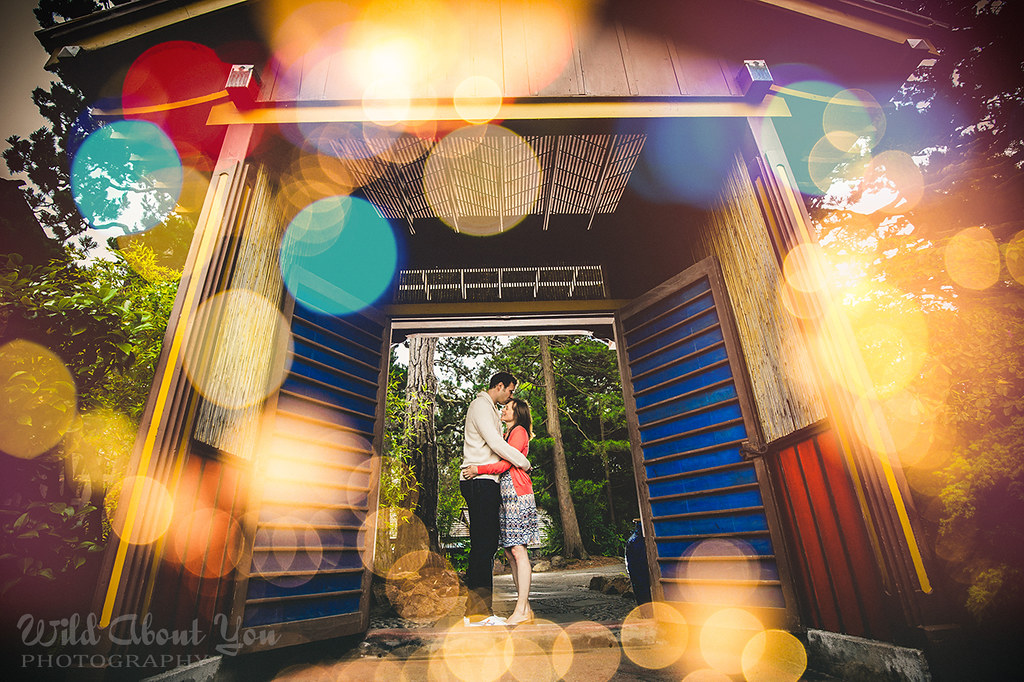 Andrea and BC met while they were both teaching English in Japan. Seven years after they initially met, they returned to Japan for a vacation. While they were strolling through a garden in Tokyo, BC asked a little old Japanese lady to take a photo of them with his camera. She begrudgingly agreed. Andrea had no idea what would happen next—nor did the woman.

Once BC dropped down to one knee and began proposing, Andrea knew exactly what was going on. The woman, on the other hand, kept asking them if she should be taking the photo yet.

To commemorate their comical, one-of-a-kind milestone, Andrea and BC decided to have their engagement session in Golden Gate Park’s photogenic Japanese Tea Garden. Since it’s often crowded with tourists on the weekends, we met them an hour before closing time, hoping to have the park to ourselves. We weren’t alone by any means, but we were able to zip around the garden, over arched bridges, past ornate pagodas and a giant Buddha, and along paths that wend beside the koi-filled waterway. Take a gander at the blast we had. We can’t wait to photograph their wedding in a few short weeks! Banzai! 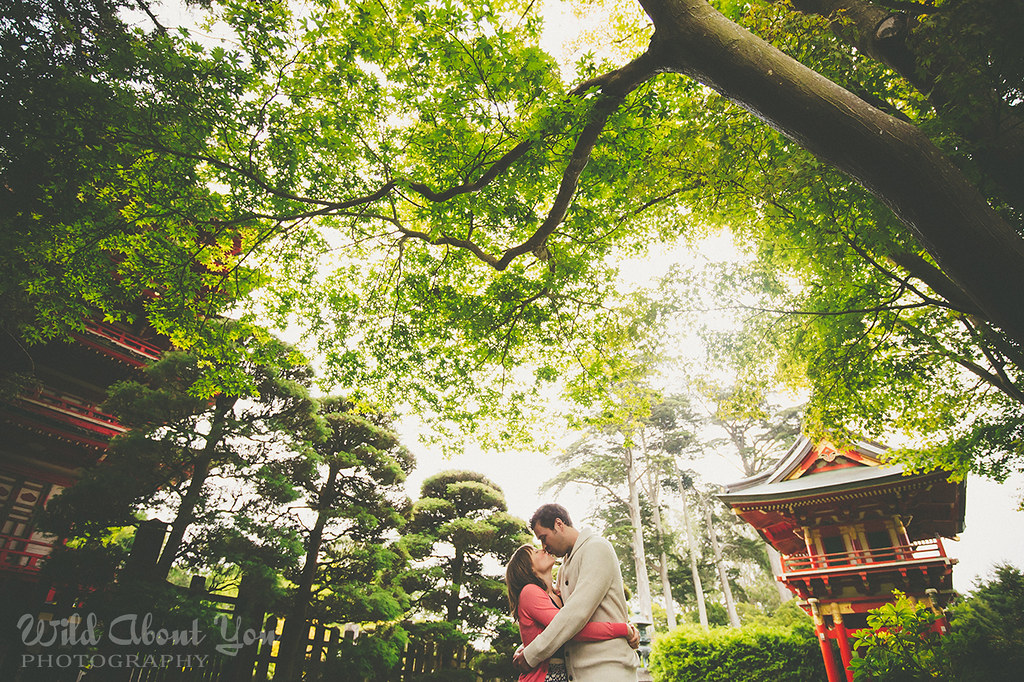 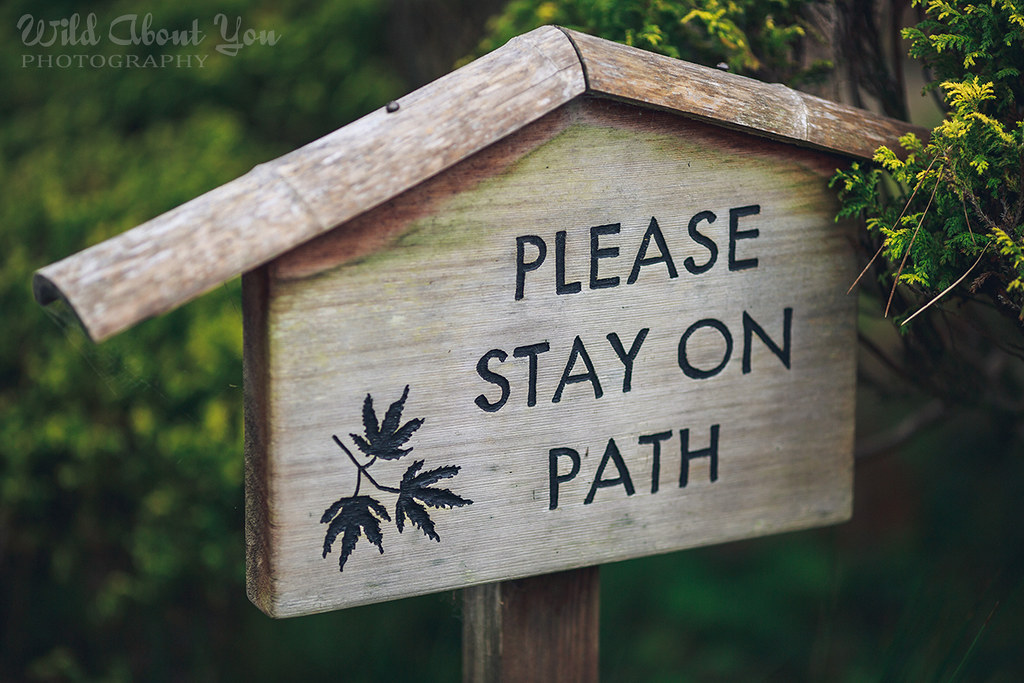 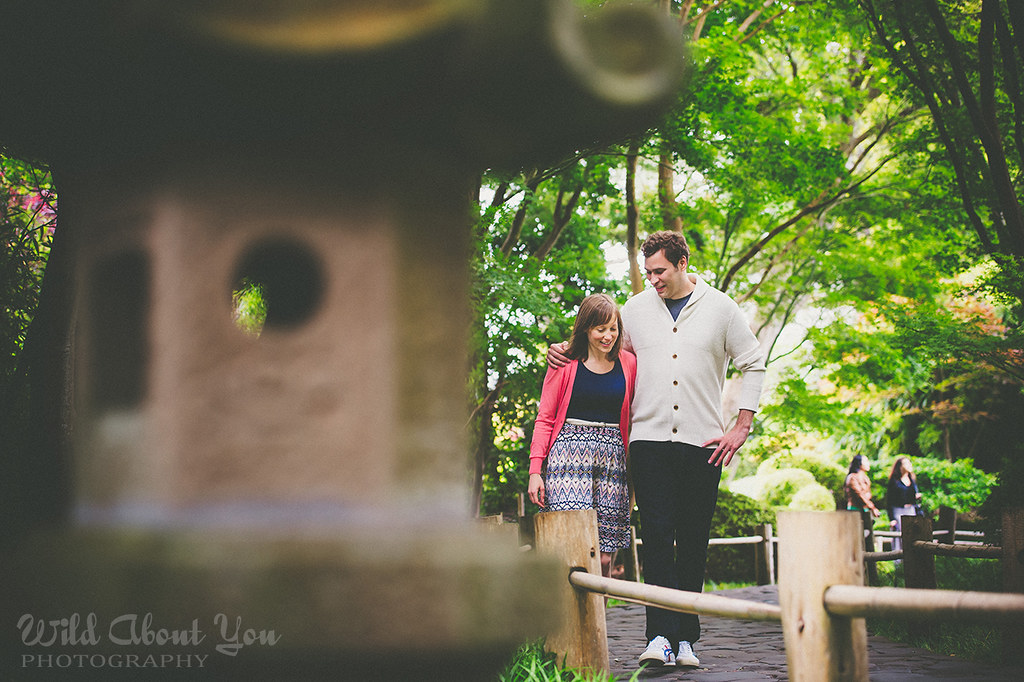 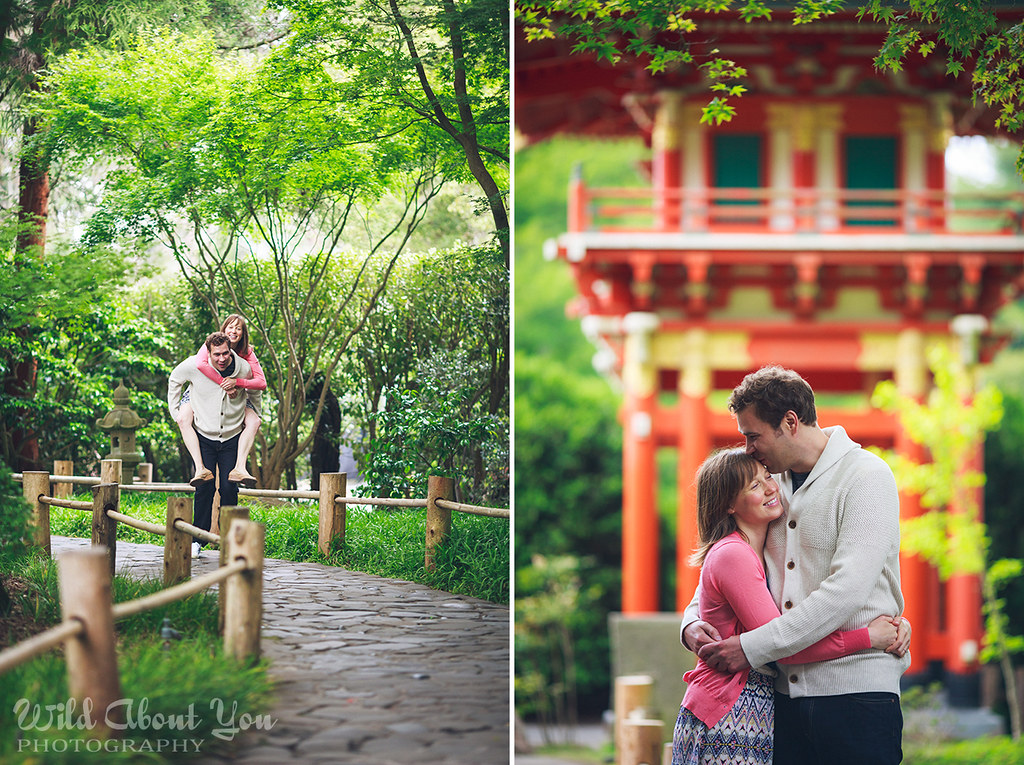 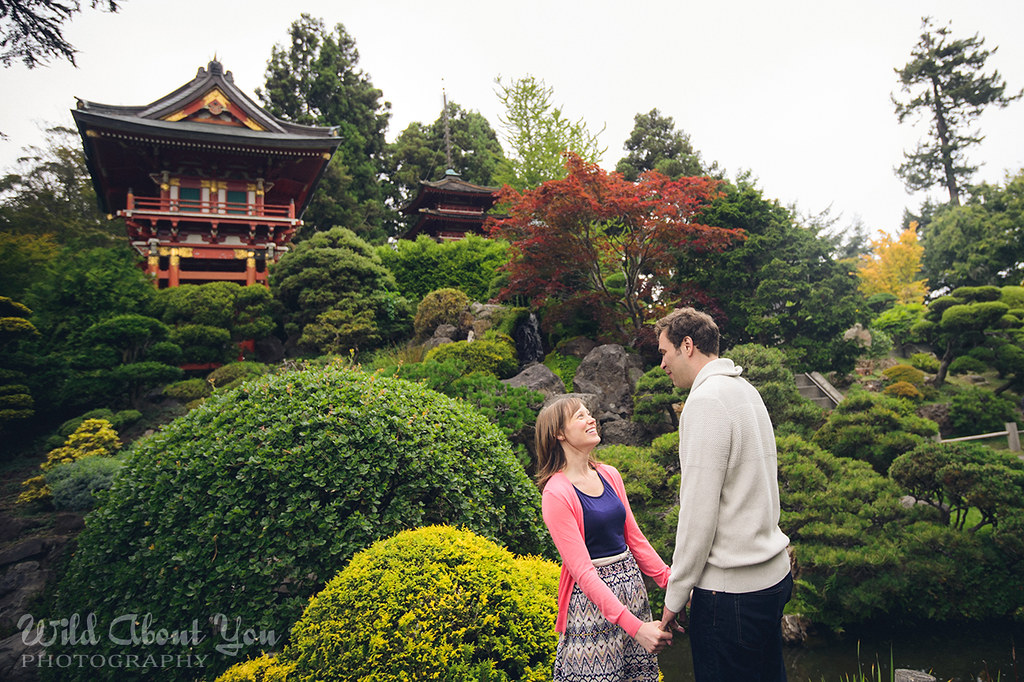 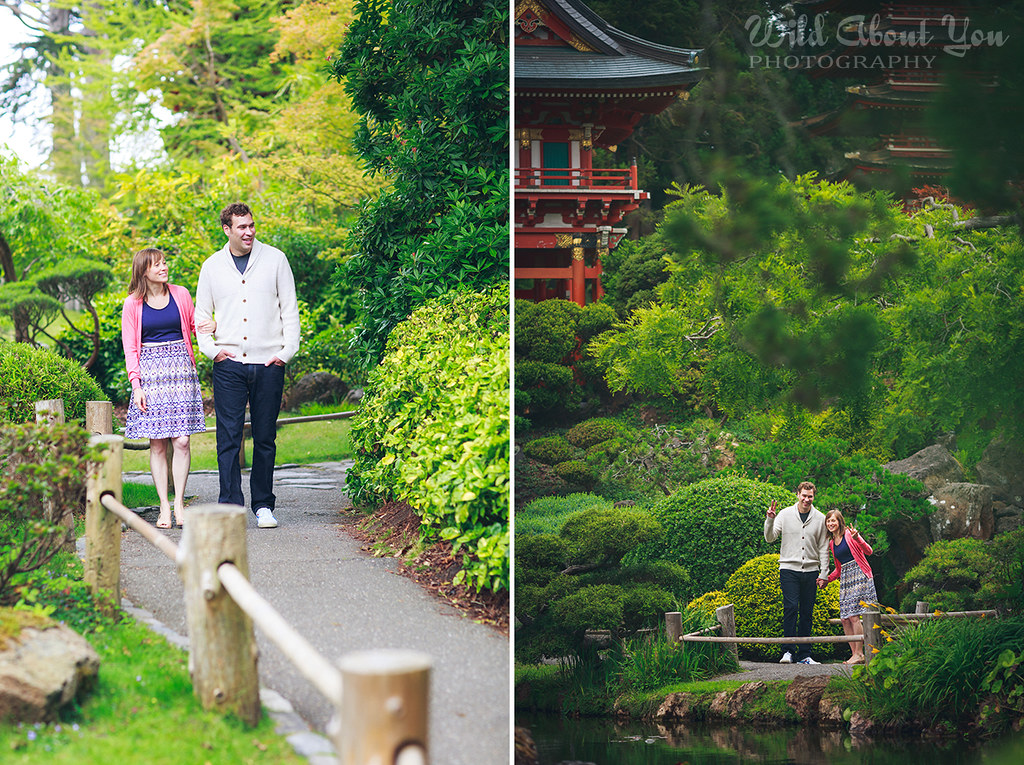 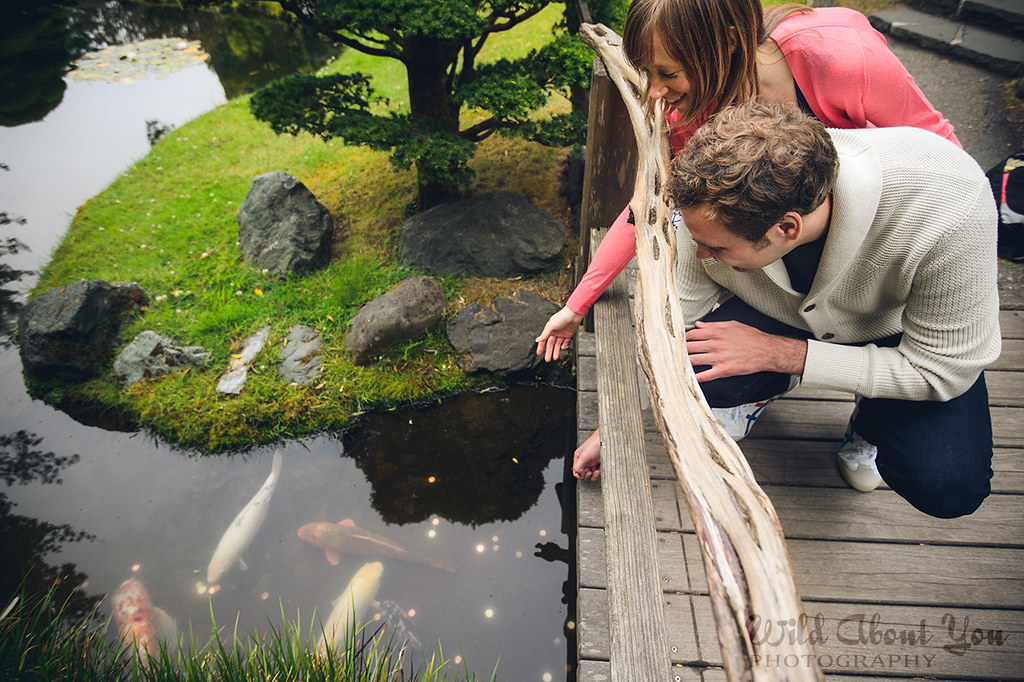 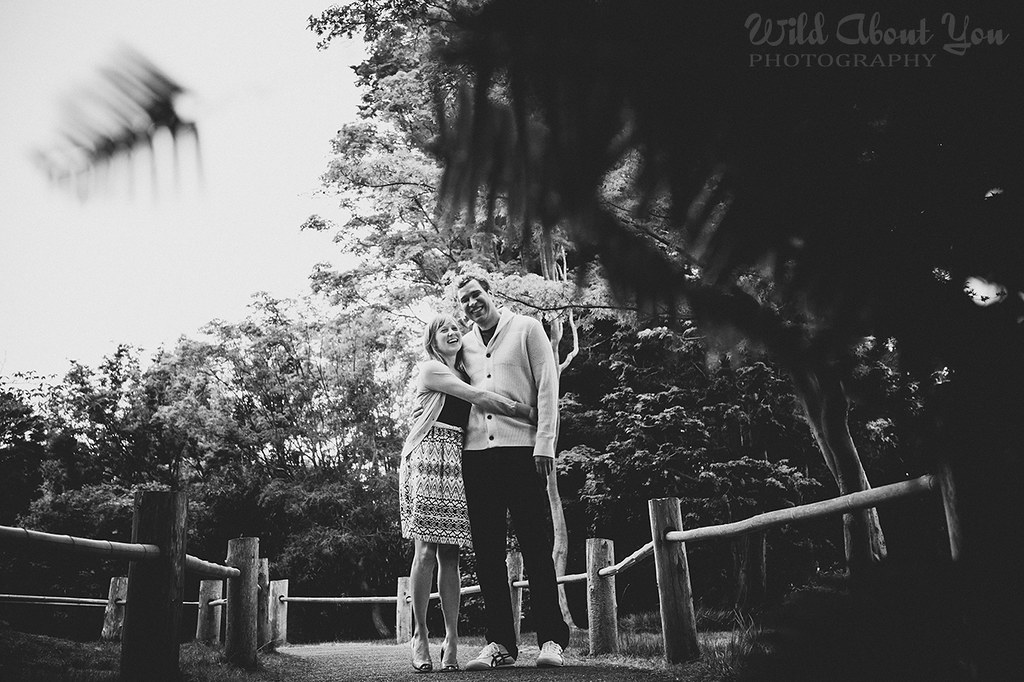 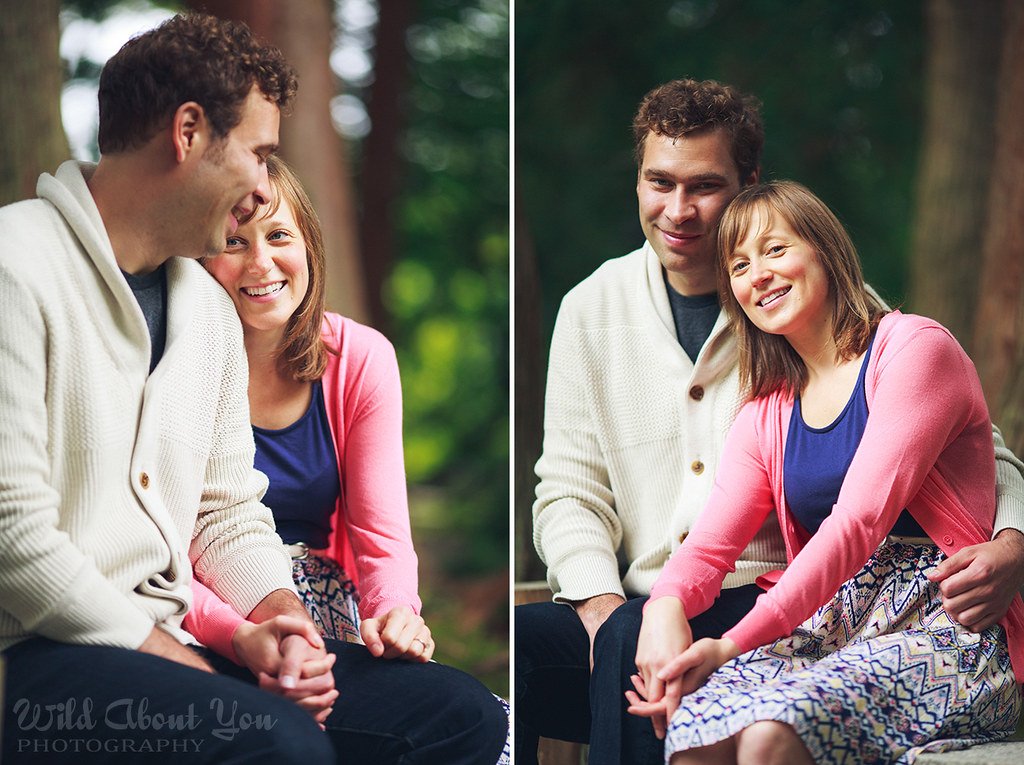 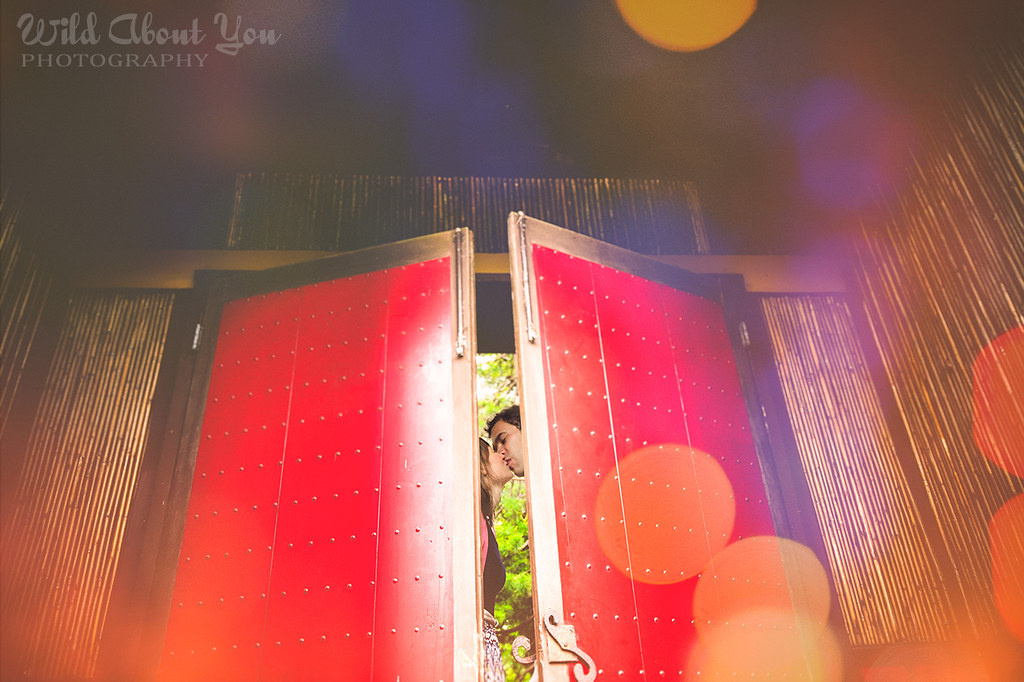 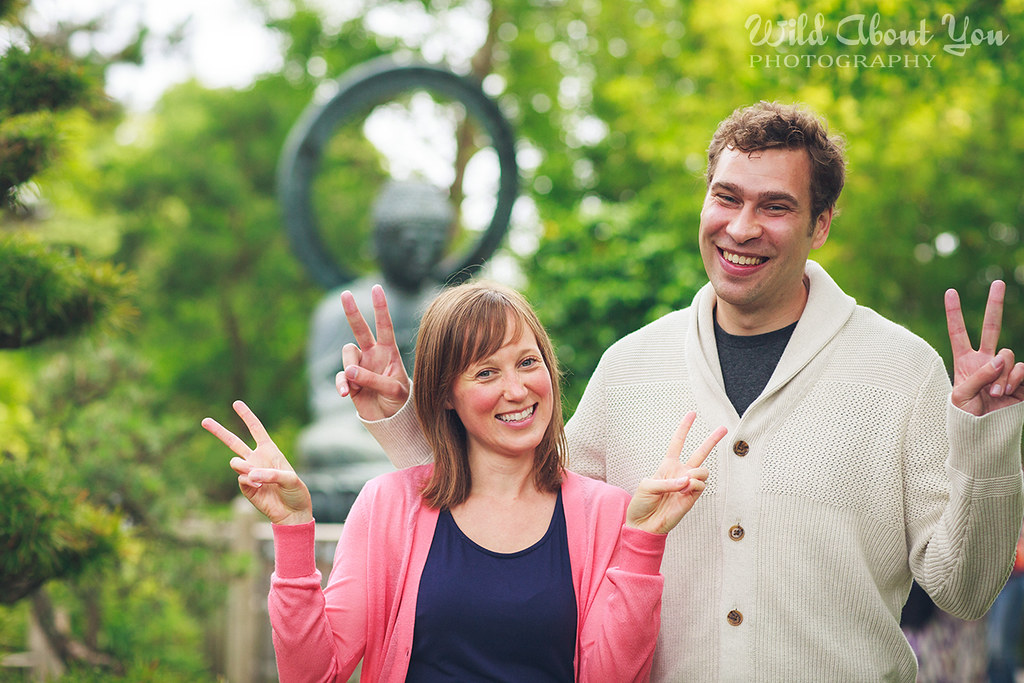 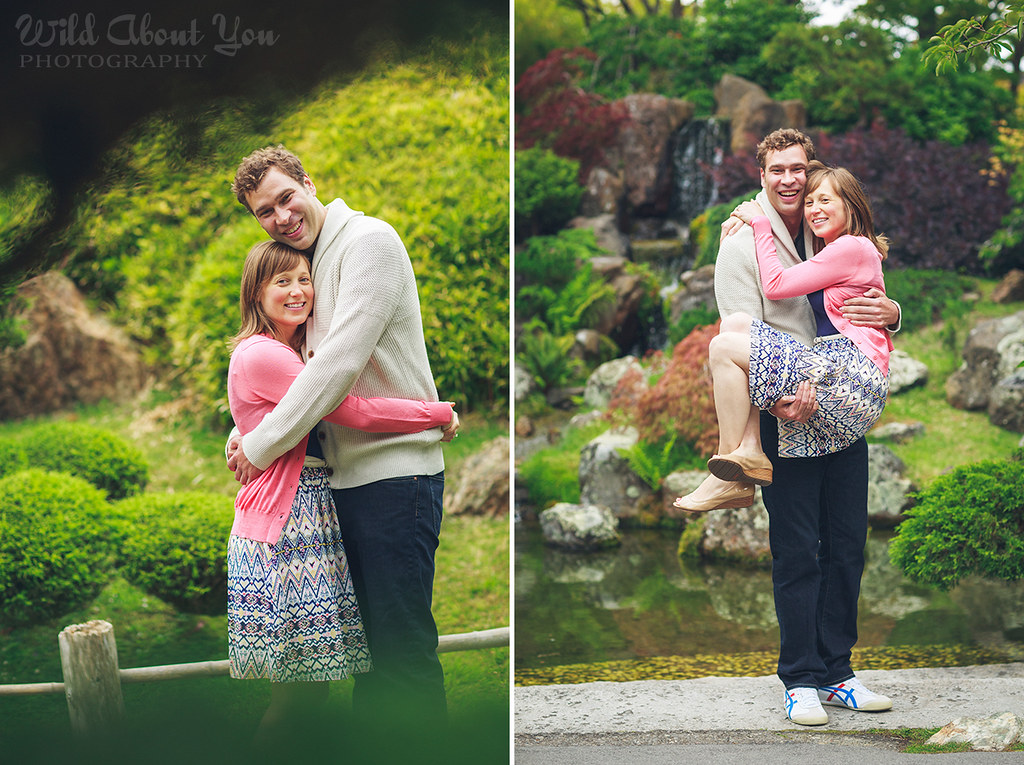 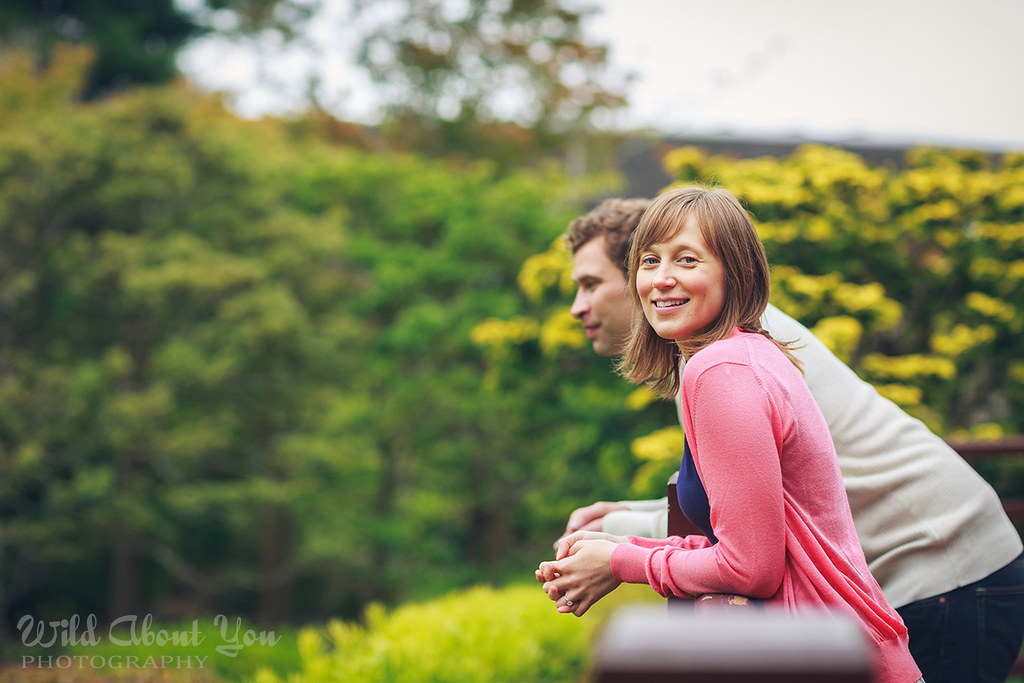 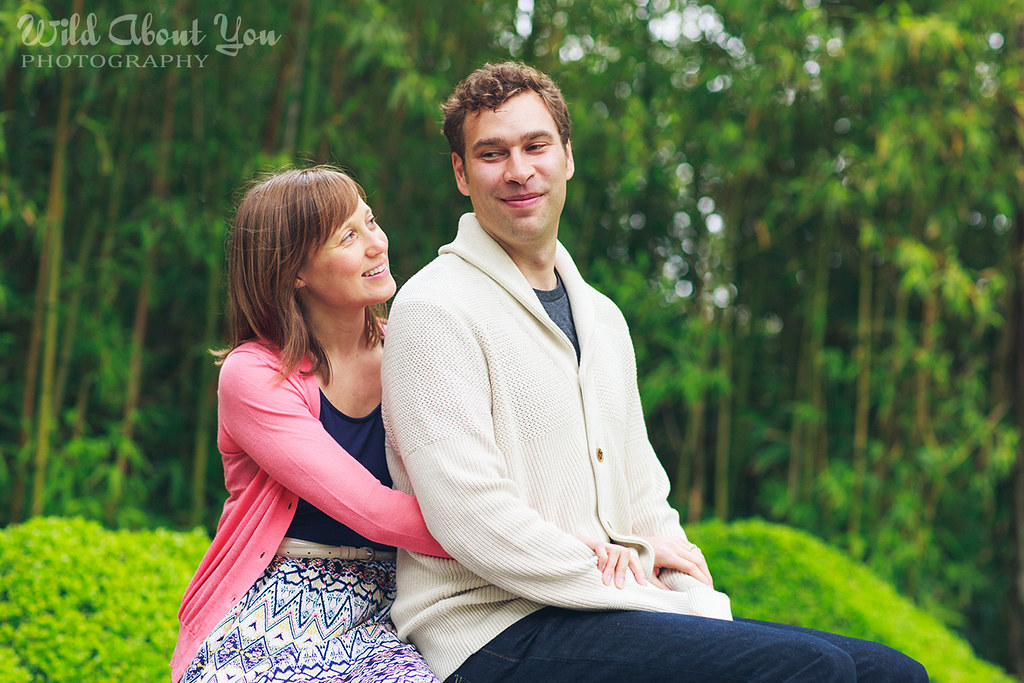 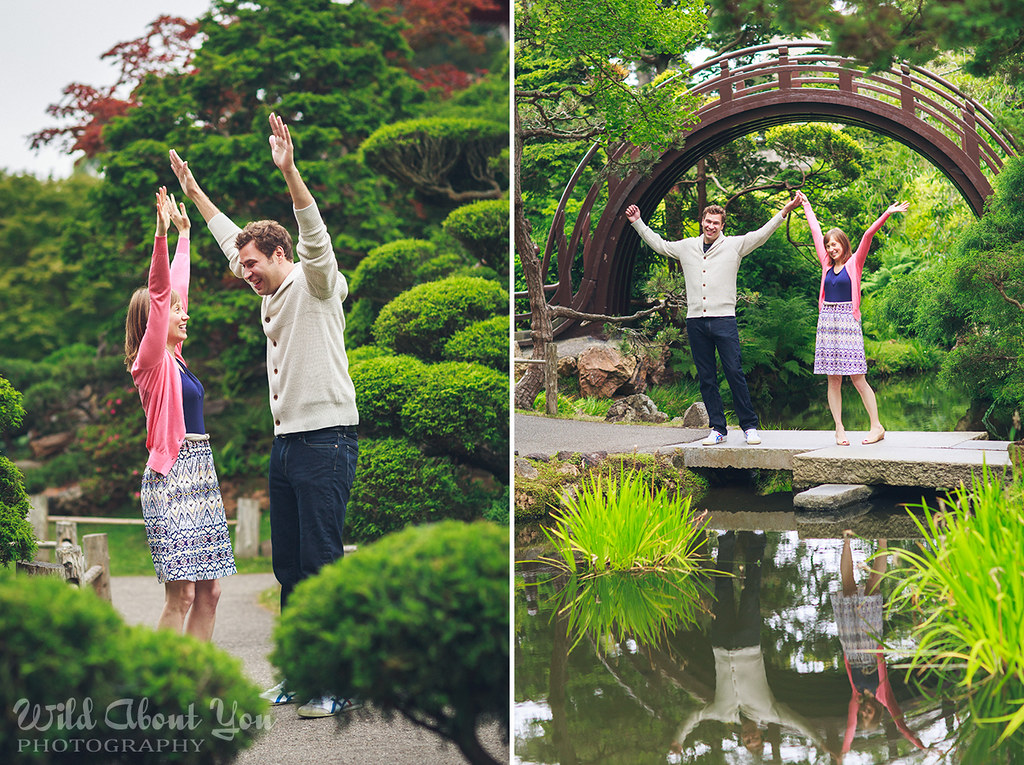 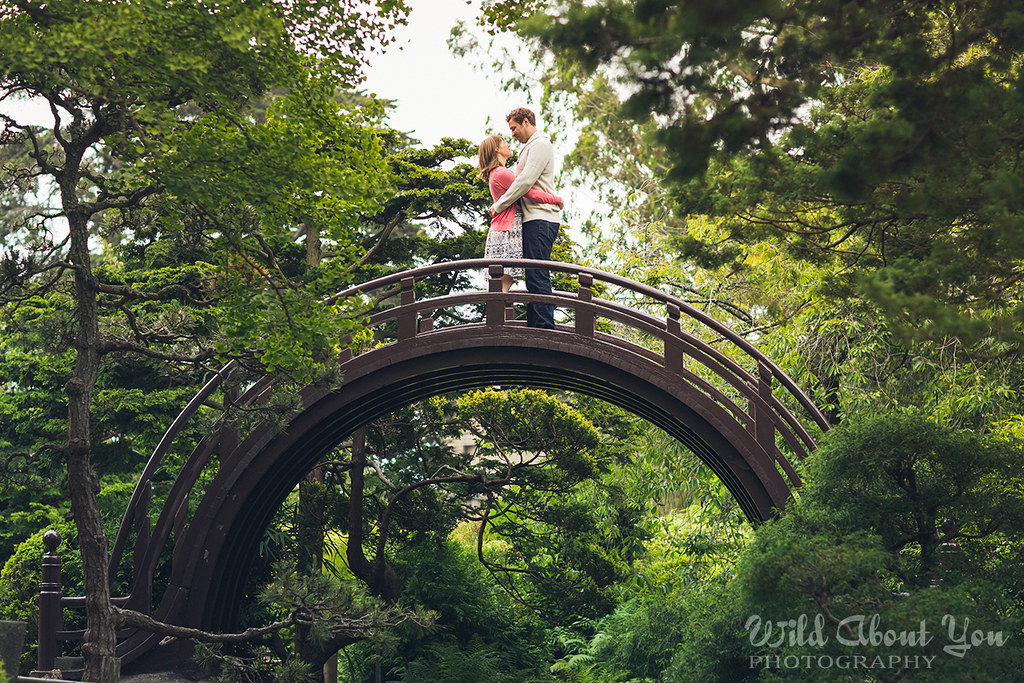 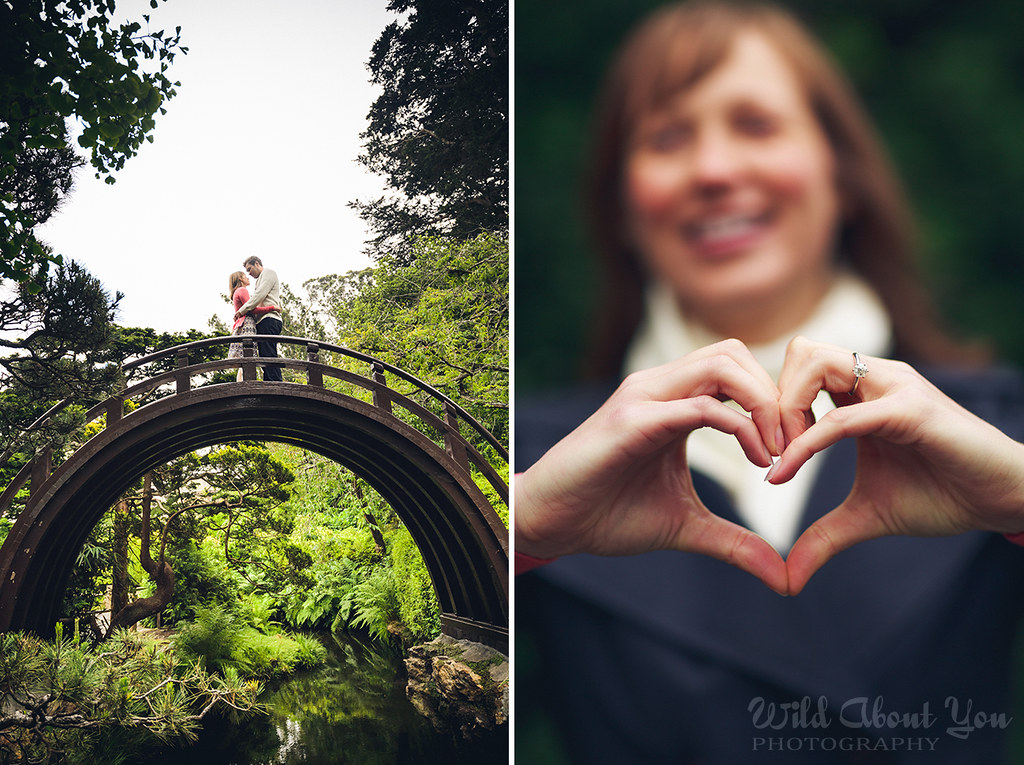 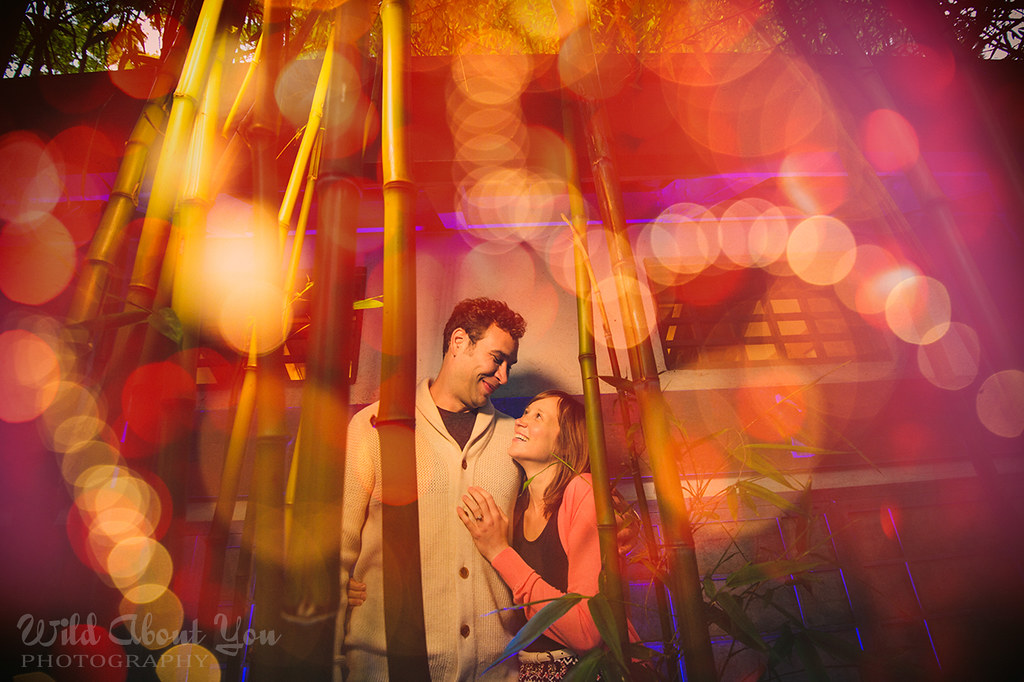