Last year, San Francisco experienced its driest year since 1946, with less than 3.5″ of rainfall. Miraculously, six weeks into the new year—the same weekend that we were scheduled to shoot Christy and Yohei’s engagement session—its lengthy dry spell ended. Instead of rescheduling, our intrepid couple met up with us at their favorite fueling station, Four Barrel Coffee in the Mission. The line of discriminating palates was nearly out the door when we arrived but we managed to maneuver our way into two window seats. After sniffing and sampling a few blends, Christy and Yohei settled down with their steamy selections.

The next stop on our rainy-day adventure was colorful Clarion Alley, one of the Mission’s many mural-bedecked lanes, located between Mission and Valencia streets and 17th and 18th streets. Along the way, we passed other spectacular displays of urban art that brightened up an otherwise gray day.

We escaped to the Ferry Building just as the rain started coming down harder. Since it was early evening, most vendors had closed or were in the process of closing. Happily (or maybe not-so-happily for Yohei, who professed his disdain for melty ice cream), Gott’s Roadside was still open and fixed them up with generous swirls of Straus soft serve. Perhaps a frozen treat wasn’t the best idea on a cold, wet night, but Christy and Yohei braved the downpour for a stroll along a nearby pier for views of the twinkling Bay Bridge. Our gear inevitably got wet, but it was so worth it and we can’t wait to capture Christy and Yohei’s infectious smiles again later this year! 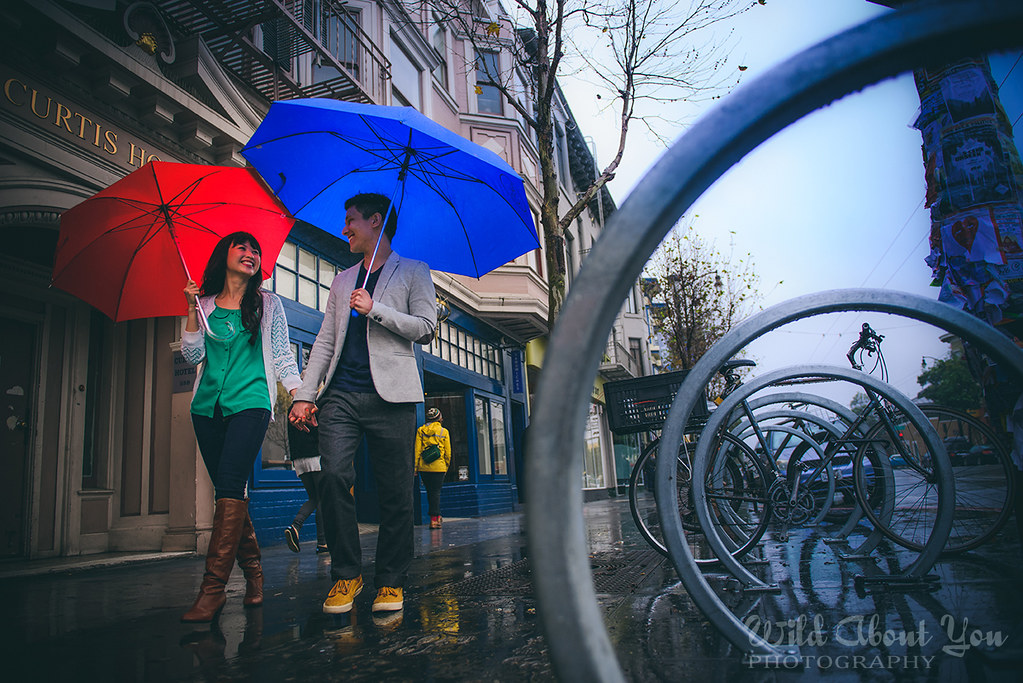